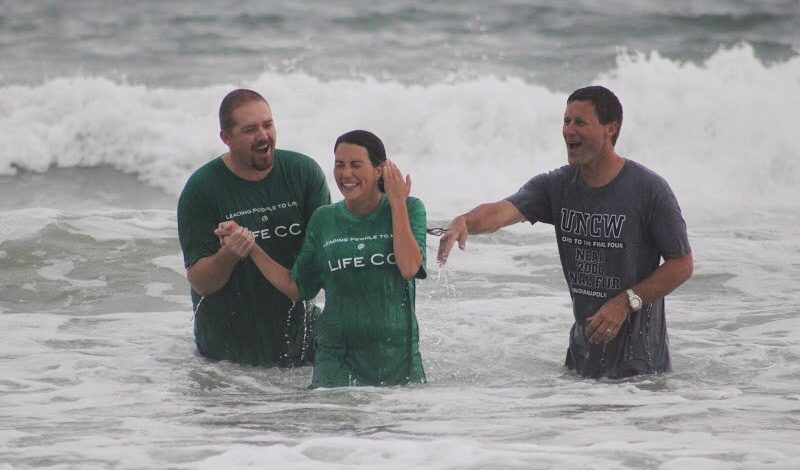 Last Saturday, Wade received news from a potential job that he actively pursued for over 3 weeks.  He had endured 3 interviews, taken a personality, math and abstract test and was most certain that he would be rewarded the job.  He had fought for the position in the natural and in the spiritual… but God said NO.  That was a hard day.

The following Monday, Wade made a hesitant phone call to another lead.  He already knew that he didn’t want the job because it was over an hour commute each way. One simple phone call later he had his first interview.  On the way there, he even joked with God saying… watch this be the job I get. Well, that is what happened.

It took us a few days to tell family and friends the good news, because honestly, we had trouble seeing it as good news.  In fact, it seemed so far from God’s promise that we had lost excitement and thanksgiving in our hearts.  Besides the hour and half commute each way, the salary only covers about 80% of the bills and requires that we buy a phone and a truck… all things that we did not want in our “promotion.”

However, after some prayer, we knew that he had to move forward, because a job is better than no job, right?

After a day, possibly two… our stubborn selves began to find our gratefulness and see that even though this didn’t seem like a promotion, it was still a step forward.  And even though it didn’t spark major excitement at first, it didn’t mean that God was not going to come through like He always does and show His glory.  This was obviously the place that God has set forth for Wade and it IS his new mission field.  We have to train ourselves not to look at what we can see, but move forward in faith and know that He has got this.  We live by faith, not by sight…

So today… Wade started his new job and WE are grateful.

When I was 8 years old I gave my life to Jesus… but I think I mostly did it for the bread and grape juice.  After all, my cousin was going to get the grape juice… why shouldn’t I?

When I was 14, Jesus called me down among thousands of people at Camp Caswell in front of about 40 of my high school peers.  This was the first time that I recognized the strong pull of the Holy Spirit as I clenched the pew bench in front of me, begging not to have to go forward in front of all those people.  The spirit won.  I stepped out and my life forever changed.

After some rocky years in college… I got married, had some babies and fell in love with Jesus all over again.  Over the last 5 years, He has truly changed me and I have never been so thankful.

Yesterday I made the public declaration of my love for Jesus.  I was renewed.