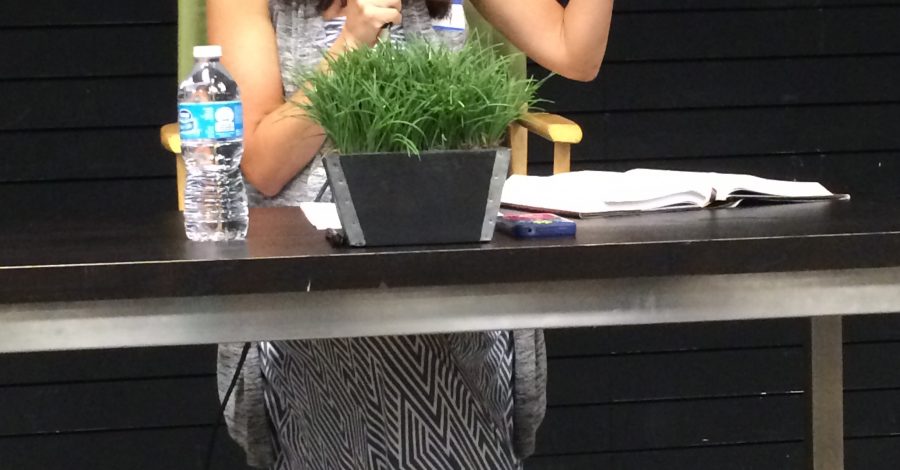 This past Tuesday I did something that I had never done before.  About 3 months ago, my pastor’s wife, Harriet asked if I would be a part of the upcoming Esther series in our Women’s Sisterhood group at church.  She felt like the Lord had given her my name, along with 4 other women to teach about the book of Esther.  Now let me tell ya, I didn’t question my pastor’s wife because I know she hears from the Lord, but I did however strongly question the Lord.

I wanted to know why in the world would he place me in line with such strong, spiritual women that I consider my own mentors, to teach in front of 100 other women.  I mean, He knows that speaking in front of people terrifies me, plus what in the world would I even talk about?!  But after weeks of silence and no answer, I finally changed my question to “what.”  What Lord, do you want me to tell these women?  Pretty soon I realized that the very thing that He wanted me to teach was the very thing that I was learning myself.

Little did I know that not only would He empower others through this teaching of Esther and the use of our God given Voice, but He would also teach me more about what He has created me to do.  Although my hands were sweaty and my nerves were beyond a mess, once I finished I found such a release of fulfillment because I had stepped out in obedience for Him.

But here is the best thing…

I was so focused on me speaking at Sisterhood this past Tuesday, that I had little to no time to even think about the specialist appointment for baby Porter the very next day.  We woke up early Wednesday morning, dropped the other girls off with a friend and went to the Fetal Specialist to have an ultrasound.  We had already been told that our chances for Down Syndrome or other brain defects were undeniable considering the amount of fluid that was found on the back of the baby’s neck. They even suggested abortion, in which we without a doubt denied. This was our chosen baby with a name given to us even before we knew he/ she was in the womb.  And honestly, even though we were praying daily against the “what-if’s,” Wade and I had both come to a place of peace where we knew that God would bring us through whatever comes our way.  We had already decided that whatever the diagnosis, that we would research what we could to better prepare ourselves to be the best parents that we could be.  No matter what.

So we sat down in the waiting room with peace.  Not knowing what was ahead, but not concerned with it anyways.  That’s real trust.

Before the specialist appointment, we had TWO previous ultrasounds given by two different techs and analyzed by two different doctors from two different practices.  Both of these concluded the same results… that there was over 3.5mm of fluid on the back of the baby’s neck.  Which was well beyond “normal.”

If you look closely at the picture below, you can see the “black” in between the spine and the body of the baby.  This was 1 week ago…

And here is the ultrasound from this past Wednesday (just one week after the above picture.)

Baby Porter is healthy, whole and perfectly made.  The fluid was less than 1.3mm which is completely normal.  The doctors even asked what we were there for…  They just couldn’t understand that the fluid had decreased that much in less than a week.

I cannot put into words the emotion of pure happiness that we both felt at the moment of such good news.  I just cried and said thank you Jesus right there lying on the table, belly all exposed.  Again, He had given us a miracle.  Once again.  We are so underserving, but yet He loves us all so much.

I find it interesting that this day of bliss came the day after I stepped out in obedience and did something for the Lord that I was terrified to do.

I love the Lord’s timing.

There is nothing greater.  Step out into obedience and DO what He is calling you to do.  Even if you have to do it afraid.  Watch God move in your life all because He loves you and He loves when you surrender yourself to Him in full obedience.

If you said a prayer for baby Porter… then your words moved mountains that day.

Thank YOU.  And it’s all HIS glory.