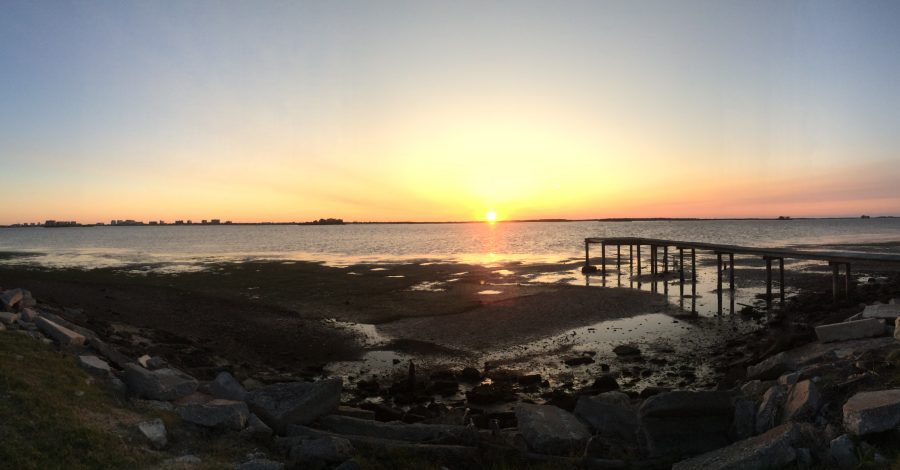 We all love new things.  It comes natural, especially to the females, that new things bring about some needed spark to our life.  You get new gym clothes, you push yourself a little harder on the treadmill.  You give your car a bath and all of a sudden driving to the every day seems a little less mundane.  You get the idea.  But I think where we get confused (or at least I do) is that in order to receive the new in our lives, we must make room for it by getting rid of the old.

I love that I have a sensitive heart.  It causes me to move out in compassion and sense the desires and needs of people when others may pass them by.  However, if I allow it, my sensitivity can cause me to cling to the old in my life.  My passion to “cherish it all” can cause me to live in the past, prohibiting me from moving forward into my future.  Memories are good and needed in order for us to grow and it’s all part of being human (Christ- like), but when these memories cause us to live from the place of “that will never happen again” or “I’ll never have that again” and allow us to be trapped in the mundane of “our time has passed” then we are limiting ourselves to a greater purpose and future that God has for all of us.

Here is just one current example.  It’s light hearted and as insignificant as it may seem, the emotions of it all were real and something that I have had to navigate through. Almost 8 months ago, our family moved from NC to FL.  We had limited resources and time and our family of 6 packed ourselves in a tiny apartment.  It was fun.  It was tough.  It was needed.  However the last few weeks have been extra challenging due to mold issues and other things and in the end, the Lord blessed us with a “way out” and released us from our lease.  The initial news brought much joy and excitement.  The girls began to get excited about their trampoline and the idea of a garden.  After almost a year in “the box” they were thrilled to partake in some sidewalk chalk and having their bikes close by.

Something NEW had entered my thought process and it seemed to be just what I needed to bring about some change and excitement for our large family.  I began to envision life inside and OUTside of a home for the first time in almost a year and the fact that I would be able to possibly paint and fix up some furniture again, had me soaring with happiness.  However, it wasn’t long before these waves of happiness began to change.  I found myself stressing about how this “new” home was really old and small and lacked some of the modern advancements of our tiny apartment.  I began to obsess about the old carpet instead of the hardwoods that I had loved in our NC home and how much better this would be if only it had “pretty” floors.  I also began to fixate my mind on the fact that this process has went wayyyyyyy different than we had imagined.  Were we ever going to be able to buy or build a home?  Would we ever stop moving?  How can I leave behind the memories that have taken place in the apartment in just a few short months yet again?  How many more times would I have to “detach” myself from things?

It was then in His still small voice, I heard

I am always doing something new.  It is up to you on whether you allow me to.

I realized at that moment this is just how it will always be.  We serve a God that never gets old, boring or mundane.  He is constantly creating, doing and moving forward and if we expect Him to change us, lead us and promote us into our calling, we must constantly be in a place of surrender willing to lay down the old and embrace the new.

We read about the Israelites in the Old Testament.  Sometimes I just want to shake them out of their hard headedness.  I mean why in the world do they continue to embrace other idols after every miracle, salvation and word that God has continued to pour out among them.  Why in the world would they continue to choose a gold statue over a God that parts the Red Sea in front of their very eyes.  As hard as it is to read, it is even harder to see ourselves to be just like these stubborn Israelites.

We continue to eat from His daily manna, breathing in the miracles of the day all to find ourselves feeling “stuck” in the old.  We forget to realize that in order for His mercies to be renewed every day, we too must awake with anticipation of what the day will bring and be willing and ready to receive the NEW blessings from our Father.  He has all of heaven waiting on us to wake up, ask and then receive.

I think the antidote for “feeling stuck” is being thankful.

Once we can find thankfulness it releases new room within our hearts to receive something NEW that He wants to bring us.

Today, I started my day off asking the Lord to bring about something new.  I had no expectations from Him other than I knew He would deliver, but I told myself that I would live today being more thankful and promised to take more notice in the small things.

Just an hour later while at the gym, God spoke to me through a powerful podcast and I met a new friend.  Both of which would have probably seemed average just the day before, but today it was something NEW and exactly what I needed.  Just like those new workout clothes, seeing the NEWness in my day put some extra pep in my step.  Being born in the image of The Creator, we were made to create and do new things.  We were never meant to live in the mundane, living for only the weekends.  However, it starts with a thankful heart and the eagerness to wake up in the morning and tell ourselves, today is the day God wants to DO something new.

Let’s all agree to embrace thankfulness and move forward in His newness daily.  I hope this encourages you in someway and I would love to hear how God is speaking to you.