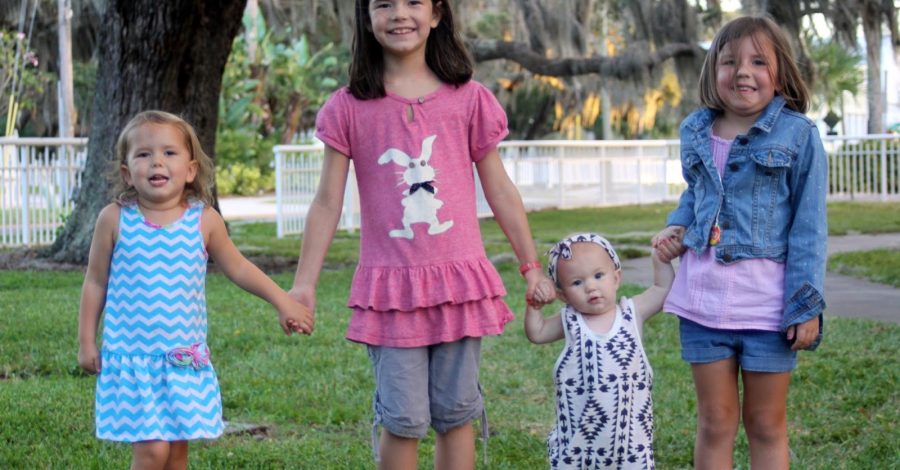 This morning, I was making the kids some scrambled eggs and a memory popped into my head from over a year ago.  We were apartment living and because our humble abode didn’t even have a balcony, this allowed all of my attention to other things besides decorating and yard work.  I knew God was calling us to a simpler life and by knowing no one in our new (big) town, I had a lot more time to focus on things that had long been forgotten.  Like the kitchen.

I remember the day I brought home the fancy All-Clad pan from TJMaxx.  It was so shiny and clean and I was too nervous to try it out for myself because of the hefty price tag, so I decided to wait until Wade got home so that we could learn together.

As I scrabbled the eggs this morning for my girls, I recalled how the both of us had sat in front of the computer one late evening after the girls had gone to bed, watching professional chiefs do their magic on YouTube with their fancy All-Clad gear.  Sounds a little lame and maybe it was, but what was significant behind the YouTube watching was that we had become learners.  We awoke the next morning more excited about some scrabbled eggs than one should be and we used our spiffy new pan for the very first time.

This one memory led to many more memories from the past year as I pushed the eggs back and forth across the same fancy pan.  We spent almost 2 years in the land that was so foreign to us and although there were moments that I felt like we were merely surviving, I look back with a new perspective of just how much we learned during that season of being on our own.

The very things that we missed so much from our home town, actually propelled us forward to lean in and grow.  Cooking wasn’t the only thing that I was forced to learn.  Having a husband that worked over an hour away, caused me to do things that I would have never imagined enough strength to do by myself.  The girls and I accomplished scary doctors appointments alone, driving over bridges that intimidated me to my core, visited new schools, we met new people everywhere that we went and even found our first rental house all on my own, while Wade provided provision from an area that I never even traveled to.  I never even saw the work that he had built with his own two hands the whole year and half we were there.  But although we were separated in our day journeys, we had never been more united in our marriage as we were in this season.  We had suited ourselves with the mask of learning and with that came new eyes to see and we approached every awkward moment as a possible encounter that God was doing something.  We were on edge in a way that produced major discomfort, but keen senses to learn whatever God had for us that day.

I also learned how to survive the quiet.  My girls were homeschooled before we had moved to our new state and having them gone during the days was foreign to me.  Also before we moved, I worked a furniture booth where I redid furniture and staged it for a store.  I was up to my ears in To-Do’s and was trying to achieve super woman status by surviving the famine on my own.  If a bill needed to be paid, I was on Craigslist the next minute stirring up a new Ad to make ends meet.  My faith was based on works, except I was deceived by this very notion.  I was overspent, underpaid and depleted at the expense of my own doing.  I was exhausted beyond exhausted and I had nothing to show for it.

After we moved, I remember the first day I sat in our little apartment while the older two girls were at school.  I almost skipped the younger babies nap time simply because I didn’t know what to do with myself.  I sat and I prayed.  I looked over and I knew.  It was time to read.  I mean really read.  It was the Whisper that was calling and the missing piece to my life.

I had always read and tried my best to squeeze in my quiet time with God.  I mean somedays it was a devotion while other days it was worship.  I picked apart the Bible and read it like a News Feed trying to find whatever piece of information I needed for the day to make myself feel full.  I would start off the morning with insufficient fuel for a day that was overbooked and I would fret as to why I didn’t have enough steam to make it through without falling apart on the inside.  Reading His word on a deeper level was for smarter people who had more time and so I was defeated before I had even tried.

I sat there that afternoon on my little apartment couch and my blank stucco walls and began a Bible reading journey that would eventually renew me.

We had become learners.  Not just survivors who were passing each day with head barely above water taking in short breaths.  We were alone, but yet fully aware.  We were awakened to the idea that when being set apart from all comfort, God is more tangible in His presence than we had ever known.

I look back over the last 3 years of my life and I think about the comfort and chaos I was surviving before we moved.  That’s it.  I was full of surviving.  But not full in spirit.  I was juggling the balls of life, motherhood, my business and doing it all pretty well on the outside but on the inside I was falling apart.  I was in survival mode because I had forgotten what it was like to be a learner.

The last 2 years, learning has become my passion.  Not just in Gods word, but in Gods world.  There is so much goodness that surrounds us daily and I believe that when we open ourselves to the creation around us that He has so graciously placed us in, we will be filled with a rejuvenated spirit and endless joy.  We were created to learn.

The command that was given to Adam and Eve, wasn’t just to be fruitful and multiply in order to reproduce more babies.  It was to give life, but to also sustain it.  When we give up learning, we resign to the calling in which we are to behold.  Knowledge is power.

The heart of the discerning acquires knowledge, for the ears of the wise seek it out. Proverbs 18:15

Did you catch that?  We must seek knowledge.  Another definition for the word “discerning” is “aware.” The Strong Concordance implies that the word discern can mean “set apart” or “alone”

God will often get us alone so that we can be acutely aware for what His voice is saying so that our ears will hear.  I don’t know about you, but I don’t want to miss another whisper of His voice because I am too busy surviving the day.

I must be still and know.  Seek and be quiet.  Wait and listen.  Settle and learn.

Which leads me to the question that was bouncing in my head as I scrabbled the eggs this morning.  Are we surviving our day, head barely above water OR are we learning from each circumstance that travels our way, even when it hurts like hell?  The truth is, everything that comes into our days has passed through the Lord Almighty’s Hand first.  He isn’t surprised by it and neither should we be.

I don’t want to just survive the moments that are hard and pressing and that sometimes take my breath away.  I want to learn what He is saying specifically to me through my pain.  Through my circumstance.  I am learning that the best way to do that is to remain still.  To pray.  To read.  To ask.  And usually my answer comes in a refreshing peace and a soft voice saying,