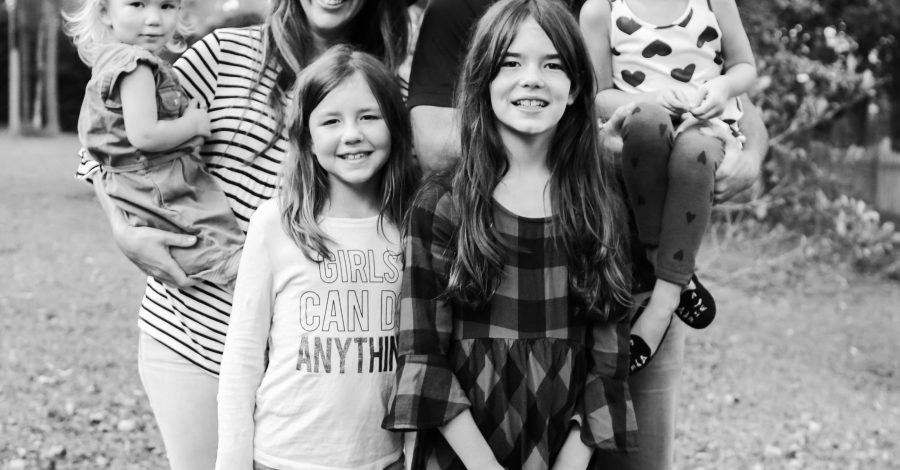 The Widow, owing debts that could not be paid, cried out in desperation to the prophet, Elisha, that heard so strongly from the Lord.  The same guy that was to receive the double portion anointing from Elijah who is known for his calling down of rain after a very long three year drought over the land of Israel.

I think if I were that widow, whose husband used to be in the company of the prophets himself, I would run straight to Elisha as well.  He was the greatest profit known of that time and she was in a dreadful circumstance that needed immediate attention.  A debt that was due from the loss of her husband would soon exile her two only sons into slavery if left unpaid. This certainly gives me a new perspective on our current medical debt.  I can’t imagine the ache this widow must have felt deep inside her soul.

I just lost my husband.  I have no money.  I am about to lose my sons over a circumstance that is out of my control.  I have nothing to offer.  My time, nor my resources can pull rank in my situation.  I am at the dispense of a miracle. What else can I do?

I think we can all relate to these hard, pressing questions.  Relinquishing our control might be the hardest thing, but yet the most life giving task we can do when faced with a desperate situation.  I am finding in my life, that the absent of my control, usually comes when things get rocky.  As soon as things get better, I start to slowly pick up my knack of controlling things as if anything good that enters my life is actually from my own doing.  It’s all from Him and the moment I forget that, is when I tend to suffer in my own sin of trying to “make things happen” my way.

But this widow.  She had exhausted all of her options.  So she cried out to Elisha, the all knowing prophet who seemed to have a direct tele with God Himself.  However, I was shocked when I read his response.

“Your servant, my husband is dead, and you know that he revered the Lord.  But now his creditor is coming to take my two boys as his slaves.”  Elisha replied to her, “How can I help you?…

Elisha wasn’t hard of hearing and he was definitely accustomed to having needs from the people brought to him in a desperate plea of help.  Also this woman’s husband ran with the company of the prophets so I am sure Elisha was well aware of the widow’s situation.    So why this absurd question?  Why was this his first response?

But Elisha didn’t stop there.

Before the quotations end in verse 2, Elisha follows his question with an answer.

Elisha replied to her, “How can I help you?  Tell me what do YOU have in your house?”

The widow responds with the cold realization that she has nothing to offer but a small amount of oil.  To no surprise, she had probably sold off everything to help pay off this debt after her husband had died.  They were at the risk of starving, but yet her focus was saving her boys from slavery.  In her eyes, she had nothing to offer.

Elisha instructs the widow to go around town and ask for all the jars her neighbors could find.  Don’t ask for just a few, but you need to think BIGGER.  Ask for an abundance.  Then, when you have collected your jars, go into your house alone (because sometimes you have to be alone to muster up enough faith for what God is about to do) and start pouring the oil.  What happens is nothing short of a supernatural miracle.

Every jar is filled.

The widow asks her son for one more jar and when he tells her the jars are all gone, the flow of the oil stopped.  The source of supply never stopped running until the task was complete.  The widow was able to pay her debt and because of the abundance that was supplied in the smallness of her empty living room, she had enough left over that her and her sons could now rebuild all that was lost.  Their miracle had come out of their own source of lack.

God used Elisha to remind the widow that everything she possessed, God could use if she was willing to offer up the last of her little so that He could make it bigger.  That is what God does.  He uses our faithfulness to surrender our lack and He transforms it into something BIGGER.  Everything we need is in our hands.  Our daily bread has been provided and God wants to increase our faith by allowing us to come each day with all of our needs knowing that HE is the One that is our Supplier.  He wants us to trust in the unseen.

I can probably guess some of the things that were running through the widows mind as she collected empty jars from her neighbor friends.  Can you imagine what the neighbors were thinking?!?  After all, they were all well aware of her situation and these empty jars that they so graciously handed out were probably a guilt offering that was laid out in knowing that this woman was about to lose everything. But she persisted.  She kept asking.  She kept collecting the empty jars with the expectation that God would use her emptiness and make her full.

What is it that you are trusting for?  What is it that you need?  Like many, I too have been waiting for things that seem unanswered.  I wish that I knew Elisha personally so that he could direct me on the right path and possibly allow me to see something that I have overlooked that would take me to my answers.  But then I remember that God has given me not just one Elisha, but many.

My pastors, my family, my friends and those that come along even if for only a short season that speak life and purpose into my spirit.  I am certainly thankful for all of the counsel that I have received over the years and even though sometimes I often feel desperate like this widow who whole heartedly wants an answer, I am learning to look beyond my own circumstances and SEE the many blessings that He has put right in front of me.

Small beginnings to something far larger than I can currently see.