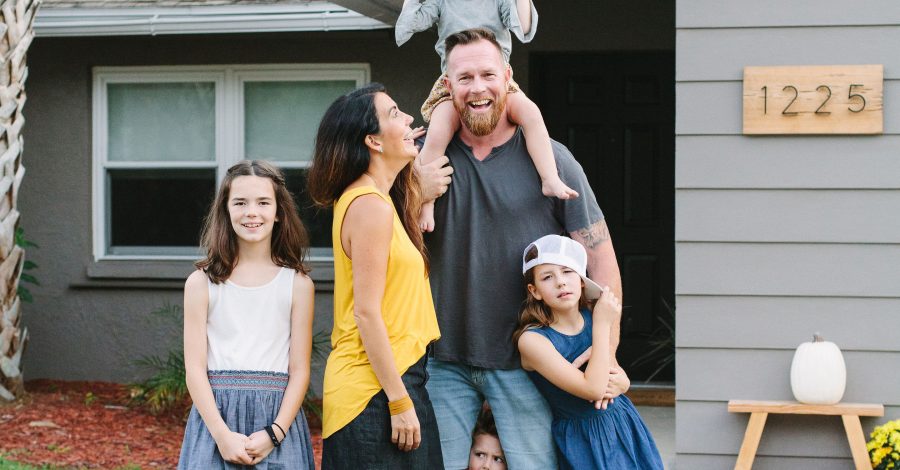 Two thousand eighteen.  It was quite the year for our family.  We spent the first month of the year painting, scrubbing and renovating a home that we had only owned for 1 month.  We hadn’t even paid our first mortgage yet, but here we were preparing to sell it.

Rewind a few months prior.

Labor Day weekend, 2017.  We took an unplanned vacation to Florida while my husband was recovering from an outpatient surgery.  We came because we needed to get away and clear our heads.  We needed to hear from the Lord.

For the last year, we had been circling a jar of sand. We walked around this jar of sand that we had stashed away from Clearwater Beach, Florida and prayed as if our lives depended on it.  Basically because we felt God was calling us to Florida again, but this time to plant a church.

(There I finally said it.)

Every night, we circled this jar of sand and asked God to make a way where there was no way.  We asked for His will, His plans and His provision. We asked for a house, jobs and schools for the girls. We asked why would he call two of the most unqualified people like us. We didn’t grow up in ministry, nor did we have the experience most church planters have.  We asked for more of the Holy Spirit and that if He truly wanted us to plant a church in Florida, that he would MOVE us.

Back to Labor Day weekend.  Things had gotten tense back at home in North Carolina.  Surgeries after surgeries, bills after bills… it seemed as if it were 2015 (the year we almost declared bankruptcy) all over again.  We were struggling with our purpose and me as a momma of four, I wanted some roots for my babies.  So for me… if we were going to move again, I wanted to get it over with.  Then came the call (while on vacay in Florida) from our North Carolina landlord.  “We are putting your rental house on the market and if you would like to buy it, we will sell it to you for a good deal.”

My stomach sank and an immediate NO came out of my mouth.  Absolutely not.  We knew God was calling us back to Florida and even tho we had no timeline of when, buying a house was out of the question! Why would we even ponder the notion of going backwards?  Buying a house when we are supposed to be moving one day seemed insane and completely opposite from our “circle” prayers we had been praying.

But, two months later, we found ourselves sitting at the closing table.  Why?  Because it seemed like the only open door, so we decided to move forward.  I found myself mostly excited, but yet disappointed my plans had changed.  It was a miracle we could even buy a house.  I am pretty sure the no downpayment loan we received is non-existent and that God pulled that one straight outta Heaven.  I told myself that I refused to be disappointed in what should be viewed as a blessing.

That was until, the Florida company called my husband at the closing table.

Yup.  He turned the phone screen toward me and I swear my jaw must have dropped a couple inches.  I thought maybe we should jump back away from the table like Abraham did when God said “STOP” to sacrificing Isaac.  Like maybe this was a test or something and we passed, so let’s all go home, pack up and move to Florida.  But my husband remained steady at the table.  I watched him as he signed each paper and I gulped as he passed them over to me.

I’m pretty sure the whole car ride home was silent.  Finally after many questions, we landed on the idea that closing on this home was the best decision.  After all, the Florida company may not even call him again and having a home for the holidays that we could call our own had a nice ring to it.  We just didn’t know how quickly God would begin to change those plans.

January 2018.  Packing the Christmas tree up along with decluttering our home to get it “show ready.”  Wade was scheduled to move February 4th. We had no time to waste.  I had wanted desperately to redo the kitchen, spruce up the bath and bring out even more character of the 1930 3-story home.  It was oozing with potential, but we had only time to put some lip-stick on it, fix some electrical and plumbing and stick the For Sale sign out in the yard. Moving together was priority and we just KNEW God would deliver.  After all, we had to move separately last time, so He would surely allow us to do it together this time.

Wade pulled out that cold February morning with tears streaming down all of our faces as he left.  It was unknown how long we would be a part.

We had a new puppy (what were we thinking), countless showings, one failed contract (who dragged it out wayyyyy too long) and many breakdowns.  But God was faithful.  I remember the strength He gave me when I felt alone.  I remember the compassion I had for the girls as they sobbed for their daddy.  The meals that were brought to us and the sleepovers I had with some of our favorites. But finally, 3 months later we had a solid, sure deal contract that would close in April.  This time apart wasn’t ideal and I would never choose this path.  But I grew in this season.

This 1930 house that we never planned on buying would become our downpayment for our new Florida house.  Although, we had no idea where that new house would be, we knew God was answering a huge request.  What seemed to be a step backwards, God was really using to propel us forward.  He could see the bigger picture when we felt blindsided.  He would see our lack and knew exactly what we needed.  He heard our hearts cry and understood that having moved 4 times in 3 short years had made us a little traumatized.  We longed for a home in a city we felt called to.  We longed to build a life in the land that we once, well… hated.  Weird, huh? It had never been more clear than in these moments that God was calling us back to a city we once fled from.  Sort of like Jonah, He had changed our hearts and we knew this place that once turned our stomachs was calling us home.

Around this same time, I did a Facebook video explaining some of my disappointment in an offer we had placed on a Florida home.  I asked for prayers and I was vulnerable in my request.  We were living with family, (they allowed all 6 of us, plus a dog to stay with them… saints, for sure.) and very ready to have a place of our own.  So I posted the video and then I went silent.  That was in March 2018.

Why did I leave you hanging?  …I had wanted to do another video sharing our new Florida home.  I had wanted to give you an update of where we are and why we felt called back. But every single time I began to write, I began to post, I couldn’t do it.  I didn’t know how to share the Goodness of God to the magnitude that had been shown to us.   I know God is good.  And I know He works ALL things out to our good for those that love Him.

So I guess I didn’t want to share this story yet, because I was afraid of it sounding like a brag. I didn’t know how to boast in the Lord’s goodness because honestly I was still digesting it myself.  It felt surreal.  I felt unworthy.  I may have even wondered to myself… will this last?

But after all of these months, I am realizing that without these testimonies, it would be hard to come out of the hard places I just spoke of.  When those doors seem to close, it’s crucial to hear about God’s goodness.  When all hope is lost, we need to hear of how He restores. When we seem to be going backwards, it’s good to be reminded that God is actually the one steering.

We NEED to hear the goodness of God.

When we moved into our new Florida house, I was missing a box.  It took a week to find it and when I finally did, I happily pulled out my bed comforter that I was missing.  It took a minute for my brain to figure out what was covering it as I pulled it out. I mean, it had been in storage for months so there was no telling what dirt I would find.

It was sand.  At the bottom of the box, there sat the jar of sand that Wade and I spent hours each day praying around.  It cracked into two pieces.  Not shattered.  Just two pieces, cutting the jar in half.  I wasn’t upset about the mess or even the fact that this memorable keepsake was broken.  I felt a peace.  Like a feeling of, it is finished.  Seconds later, my oldest walks in, sees the jar and says, “mommy, it’s like the veil.”  You’re right sweet girl.  You’re right.  Our circle prayers had been answered.

So, here we are.  Walking in a miracle that we believe all began with a jar of sand and a willingness to keep going. 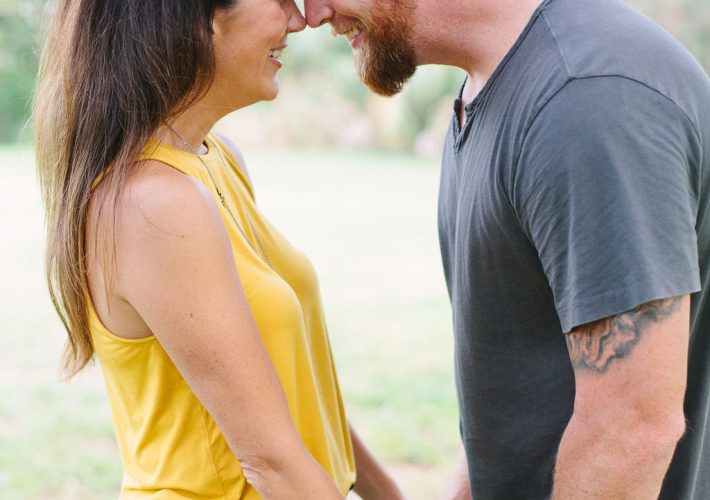 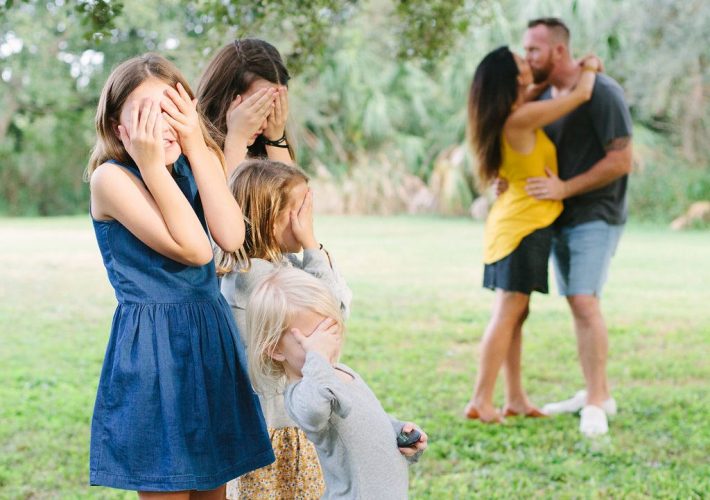 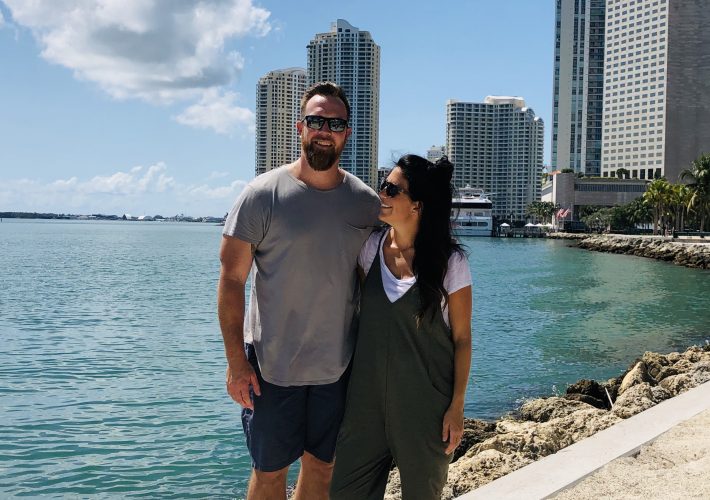