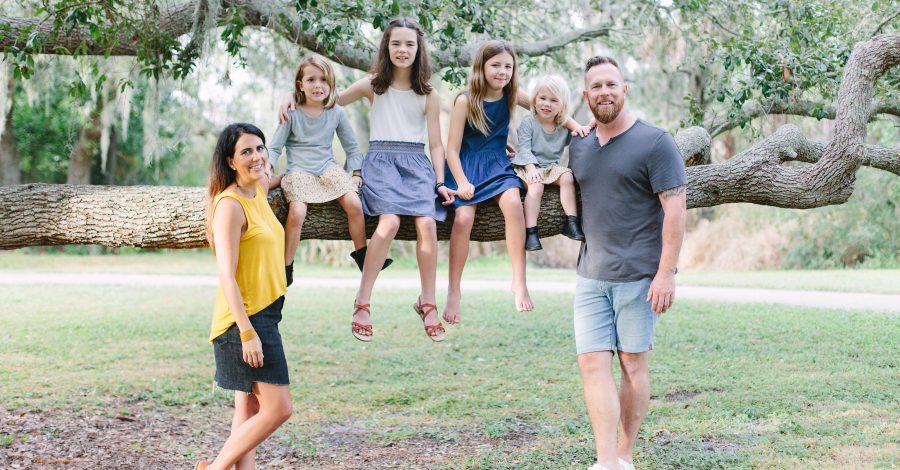 New Years Eve 2015, I remember like it was yesterday. But before I can tell you of that long night, I must back up 6 months prior.

God moved us to Florida (the first time) and sold our house we had owned for exactly two years and for more than what the realtor himself could believe. It was a God story, in which the Lord had taken us from bankruptcy to breakthrough in the matter of months. With this breakthrough came changes of where we would be asked to say goodbye to the home we thought we would retire in, a business that I came to life doing and a town that we believed was our forever home.

We landed ourselves in the cheapest apartment we could find in our new Florida city and was surrounded by the unknown. As unknown as the land around us was, so was the amount that sat in our bank account. After years and years of struggle, we had been given something we had never experienced before. A financial do over. For the first time ever in our marriage, we were paying off debt, seeing changes, buying a few things that needed to be updated, like tires for our cars, while paying cash for it all. We even proudly paid a very discounted tuition (in full) to a Christian School, which had been a long desire of our hearts and a conviction of this former public school teacher that I can’t quite explain. It was a season of many firsts. Boasting in the Lord was almost daily and thankfulness was overflowing.

But soon after the debt was all paid down, the apartment was nicely settled in and we had begun to accept this new land as our new home, we found ourselves back in the familiar place of financial lack. Except this time we had no one tangible to help. Up until this point, God had so graciously surrounded us with people who were near. Watching our struggles, helping where needed and a church that was selfless in their acts of kindness to those who had experienced job loss and financial hardship.

Here, in Florida, we felt isolated. Alone. Helpless. Out of control. And embarrassed.

How could we allow this to happen? Was it our faults? Where did we mess up? Should we have declared bankruptcy while keeping the money? Should we have paid our debts so quickly? Did we do the wrong thing? God, where are you?

We found ourselves with a few dollars in our bank account. Oddly familiar but ever so frightening because this time we were embarrassed and too afraid to ask for help.

Wade and I thought we had done the right thing. Writing checks to pay off the many debts we owed. But once it was done, life happened. It was like we were being robbed for our good deeds. The more we became debt free, the more things seem to break down.

Cars needed repairs, kids needed medical attention, hospital visits had been had and we watched as our financial breakthrough of a savings had dwindled down to a feeling of frustration and helplessness.

Wade, however, went to war. Later on, I would learn that after I went to sleep, this sturdy 6 foot man would tenderly hit his knees for hours. Tears would flow freely, hard questions with silence to follow would be asked and he too would wrestle with God.

I’ve learned that wrestling with God can sometimes feel like a silent struggle but freeing all in the same. To ask God the hard questions is to truly surrender our burdens and our need to understand which brings the peace we need in hard times.

Wade would go to bed with questions unanswered. But a heart full, knowing that he was at the end of himself and that Only God could change the new year ahead.

We awoke to coffee like any other day with an unsettled feeling in our stomachs. The kind of feeling where you know there is nothing you can do to fix your situation. The kind of gut wrenching feeling you wish was a bad dream but it’s the reality in which you live.

It was then, that Wade had the prompting (those feelings you get that you just need to do something) to check an old North Carolina bank account. As he did, I watched him look at me, look at the computer screen and look back at me.

His response… The Lord has answered.

To this day, we still have no idea where or when or how that three thousand dollars came into our account, but we certainly know the Who.

Today, New Years Day 2019, I took a walk around the neighborhood and like every year after this monumental day in our faith, I think about how God delivered.

Today, from my computer screen, I want to pray for you. Whether you entered the New Year celebrating or barely crawling, hopeful for a new beginning, I want to encourage you that there is a God who still miraculously provides. He doesn’t need our works in order to do what He desires to do. He needs our messy hearts.

I pray for every need of those that are reading this blog. I pray that you would miraculously provide exactly what they need, the way You did for us on that New Year’s Day. I pray for peace to withstand the hard moments and hard questions that come with this life on earth and I ask that every good and perfect gift would invade their families, their jobs and their finances. I pray that no weapon formed against them shall prosper and that they would SEE Your goodness in the land of the living. I ask that you would do even greater miracles for each reader than Wade and I have seen you do. I pray miracles we read about in the Bible would captivate their hearts and change their earthly circumstances. I pray hearts would be postured to your Son and that we would all work to become more and more like You.

Praying for your 2019 and all the days to follow.