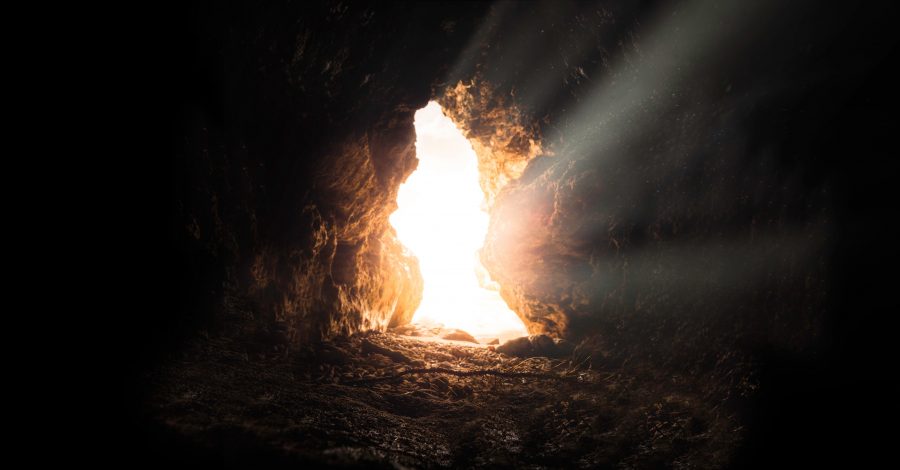 We knew 2019 was going to bring new things. new dreams, new realizations, new vision. Every year as the clock strikes 12, we throw our hands up with much anticipation knowing that with a whole year ahead, we have more likely-hood of SEEING our dreams come to pass. We experience a moment where the past feelings of defeat go silent and victories seem possible. We arrive at a new beginning, where passion is ignited and vision is stirred to go after whatever it is that once seems to hold you back. Hope is alive. And for some, tax refund season is on the horizon making this the year that “the best is yet to come.”

This excitement and recharge usually don’t last long in most. Our dreams are soon met with our circumstances and before you know it, we are focused on our lack, rather than our new beginning. The debt you hoped to pay didn’t happen. The medical response wasn’t what you had hoped. The answers are no. The doors begin to slam. The pounds don’t leave. The Bible is too hard to understand. The things you said you would do better at, are seemingly at an unattainable distance. And soon you find yourself trapped in the all too familiar place of failure and defeat. Rehashing why this isn’t your year. Or why things never seem to work out for you.

I’ve been there. Many times.

What do we do, when we feel like things will be different but yet we look around to the same ole same ole. How do we believe for something greater when all we see is the same.

I am currently studying the life of David and Saul. I’ve been leading a small women’s bible study in my home for 3 months now and because the Old Testament is my fave, we have been walking through some of it together. What I love about this group of women, is that we all come from different churches, under One Name, with an array of stories to tell.

I’ve been focusing on the story and the relationship between Saul and David. Both Kings. Both Anointed. Both Struggled. One threw spears and tried to kill, while the other actually committed murder. Both were flawed.

Except one was called the son after God’s Own Heart. One was remembered not for the sin he committed but for the greater good he did to advance and pave the way for Jesus Christ Himself. But before he could be remembered, he would have to be defeated first. He would live in isolation, on the run from his enemy, Saul. He would have to constantly choose to remember that God was with him, even when he could not see it, feel it or define it. He would have to choose contentment when things didn’t happen the way he hoped. He would have to believe in the idea that God had called him to greatness even if this were the only lot he was given.

Lord, you have assigned me my portion and my cup; you have made my lot secure. The boundary lines have fallen for me in pleasant places; surely I have a delightful inheritance.–Psalms 16:5-6

I love that David says, surely. As if while he is on the run, hiding from his enemies in a dark cave, he is reminding himself of the goodness that is surely coming his way.

Moses made this promise of lots and inheritance to the early priests– telling them that their lot and their portion would not be tied to real estate and possessions but rather an inheritance of the Lord, God Himself. David knew that without anything, He had the greatest inheritance of all and that God was his true portion. This is HOW he survived the incredible defeat of believing for something great while standing in the middle of something hard.

We must learn to trust in the sovereignty of God while being content in the wait of what is to come. This is what separated the life and the story of the two Kings. Both flawed, but one was after the True King’s heart. David believed for greater things while being content with what he was given. David was real with his struggle, cried out to God in the darkness and surrendered his need to understand all of the why’s in his life. He learned to trust.

Trusting is believing in something we can’t see and in order to expand that trust, we must certainly believe that God will take us into places that our trust is without borders. The expanse of trust has no end and will continue to be a part of our faith walk in Him. It’s a never-ending journey that will feed us spiritually in a world that leaves us dry and thirsting for more.

A life without trust is a boring life full of mundane, routine and dissatisfaction. BUT a life trusting God is a life full of adventure. It’s a life unknown, a life full of deep dark caves that bring us to a Light that is everlasting.

David spent a good part of his life in a dark cave, singing songs that no one ever heard, calling out to a God that seemed to never answer and ran from enemies that seemed to never relent. What I love most about this is, David didn’t know if it was ever going to end. However, he found true contentment in knowing that this was part of God’s plan. David held on to the feeling that things would soon be different while embracing the same around him.

So I want to encourage you today… if life seems the same, the bank account isn’t changing, the sickness isn’t leaving, the job is still terrible, encourage yourself in the Lord that He has you where He wants you and at the appointed time, He will change your circumstances. It will come when we co-labor, yes. But it will also come when we least expect it. It’s in the dark caves that His Light shines the brightest, producing strong, humble leaders for the future.

What do we do, when we feel like things will be different but yet we look around to the same ole same ole? How do we believe for something greater when all we see is the same?