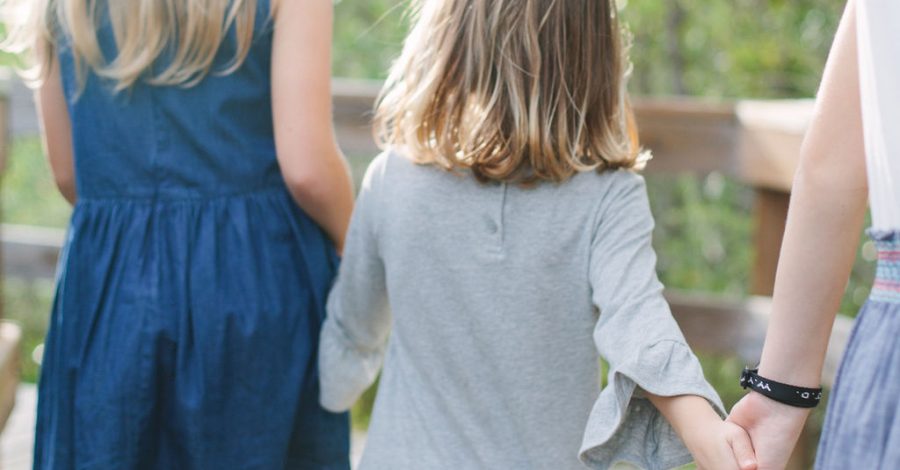 He was a kind and generous man. We often referred to him as “Home Depot” because whatever we needed, he usually always had it in his garage. Therefore, it was really hard to see him leave in the coroners van yesterday.

May of 2018, we stepped foot on our new land that had just become our new Florida home, after leaving the closing table. The weeds were tall and the house was empty, but the excitement was thick as we were just a few hours shy of seeing the moving van in our own driveway. It was ours and we were thrilled despite the work we had ahead.

Not knowng much more about the house we had just purchased other than the city we were in and the proximity of the Pinellas Trail, meeting our neighbors was something we hadn’t given much thought. After all, we were just thrilled our house had four sturdy walls, 2 bathrooms and was built in the 1980’s, making this by far our newest home yet.

But here he came.

Our first neighbor to introduce himself and offer anything we may need. He laughed and said his back wouldn’t be of service but he could feed us. He then suggested a good pizza place down the road and brought over six Weight Watchers ice cream bars. The girls were so excited but did say the ice cream tasted different than usual.

I would later learn through time that emptying out his freezer to bring over whatever it was that he had on hand would be the way he would live his life. Caring and concerning himself for whoever was in need at the moment with little regard to his own health or his own needs. He lived a rather quiet life, but that wouldn’t stop him from his daily wave to the girls or his conversations he would have with Wade about his loneliness, his struggles or his financial lack. A relationship was built through the passing of tools he lent out and the exchanges of cards and kindness rocks my girls would often leave on his doorstep.

We had big plans to have him over for dinner, invite him to our Bible study or even slowly open up the conversation about salvation and God. But those things never happened.

Yesterday, the firetruck drove up slowly. No lights, nor sirens. Just straight to our neighbors house without much rush to get inside. Ken, was a heavy set man and so I knew when the truck arrived, it must not be good. I asked the girls to stay inside as I made my way over to his house. Another neighbor friend was in the yard and made her way over to where I was standing. It was then that she informed me that Ken was dead and had probably been dead for a few days.

I began to tear up.

I walked in the door to my girls and as they asked how Mr. Ken was, I could hear the slowness and hesitancy in my voice as I spoke, “Mr. Ken is dead.” The expression on their faces mirrored the shock I felt in my heart. They asked me what to pray and my response was simply, “I do not know.” Healing? No. Peace for the family? No.

As we prayed in the kitchen for these things, my third born meticulously constructed a cross out of clay. She carved the name of Jesus on the crossing board and she laid it out to dry. She told me how she had made it for Ken and just like the many of times before, she wanted to leave it at his doorstep.

Like most adults, I struggled with my child like faith. Police were everywhere, a mourning friend was sitting on a rock with his face in his hands and the driveway was being cleared for the coroner van to arrive. It was the worst time ever to deliver a gift of clay, much less from a six year old who has no real understanding of death.

Or was it? How could I be so dumb.

Hesistantly, I knew that this was a time when I had to lay down my insecurities and doubts aside and allow my six year old to express her love for her neighbor. Why do I always seem to concern myself with the “results” of what God wants to do?

So borrowing some of my six year old’s child like faith we walked over, clay cross in hand and she stood at the mourning friend’s feet and said…

“Mister, I made this cross for Mr. Ken because he is with Jesus now.”

The mourning man reached out, held the delicate clay cross in his hands and spoke back to her with such a soft and thankful voice. He said he was a retired elementary school principal and this gift meant more to him than she knew.

And he used a six year old kid to bring comfort to a grown man through a clay cross.

Later, as we left for piano lessons, we would see the mourning man show the police officers that small clay cross. We would see him hold it as we thought him to be praying or mourning and so we once again, gathered and prayed that through that clay cross, Jesus would reveal himself.

As the coroner finally came six hours later, a police officer would tell me that my daughter’s gift pulled on his heart strings like never before and he would follow up with a heart felt “thank you.”

Like so many times before, I learned from my child. To be free to express ourselves regardless of what some may think. To live our lives not simply waiting for the right words to say or the right invitation to the next Bible study, but through our actions.

The cookies we baked, the prayers we prayed, the rocks we left and the waves that were exchanged… we pray those are the things God used to impact a man’s life that ended way too soon.

I think as adults we over complicate. We have to get it all organized, planned or timed just right before we do something for others and we underestimate the power of a simple gesture. A wave can change someones day. A smile can redirect their thoughts. A small handmade gift can comfort someone in their time of pain.

My daughter didn’t wake up with a plan of how her day should go. Nor did she predict that trouble would come and our neighbor would be gone. She just dropped everything else and sat down at the table to do what it was that was on her mind to do. Serving someone wasn’t something she planned… it is who she IS.

What if we stopped trying to plan everything and we just served where we are needed when the time is given. We see a need and we meet it right then and there. What if we all operated from this place of serving, loving and seeing each other as an opportunity to show generosity and care.

Thank you Mr. Ken, for teaching us something through your life and for impacting four little girls in how they live theirs.