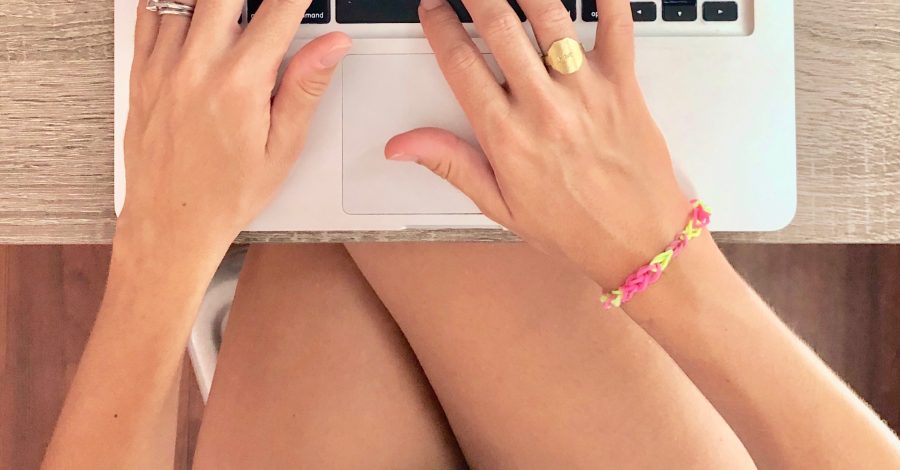 It happened. I wrote a blog and no one “liked” it. Well, eight people did but that wasn’t enough to stop all of the doubt and embarrassment that flooded my mind. Why do it? Why spend my time and my effort and my vulnerability to put something out there to get very little response?

We have all been there. We put ourselves out there to land that new job but walked away empty handed. We spent hours of our time creating something new to get very little response. We executed that new business to see it fail in more ways than we thought. We befriended the new girl all to have her stab us in the back without any reason at all.

I decided to call myself a writer all to feel like I wasn’t one.

God told me as I hit “publish” that late Wednesday night not to check my social media. Deep down I was hoping it was because it was going to blow up with comments and I would be shocked to open my account in a few days and see how many people were touched by my writing. It was hard not to check because just like with any creative, you want to know if people have perceived your work the way that it was intended. You want to know if your work was validated.

val·i·date | demonstrate or support the truth or value of.

I am currently reading the book of Esther. Most of us know the story of her great courage and her ability to use her time and place to save her family and her people. She used her position to change the outcome of what would have been the extinction of all Jews. Her favor with the King was unable to change the verdict of the war ahead, but it did allow for her to convince the King to issue a new decree that would allow the Jews to fight back. Giving them power to protect, defeat and plunder their enemies.

What stuck out as I read about this battle was that all of the new decree took place just as planned. The day of battle came, just as predicted, the Jews fought back for their land, their families and their futures. BUT they did not take their enemies plunder. Why?

Because this was a Holy War. A war that was given to God in efforts to save His Chosen People. Up until this point, the Jews were prepared to be annihilated. Esther (with the help of Mordecai) gave them permission to fight, but God had given them the Power.

The Jewish people pulled from testimony after testimony the many battles that God had given them the power to win. They knew that having Him by their side was their key to Victory. Without Him, this would be a battle written in vein. A battle that was just like every other nation who fought for their territory. But the Jews recognized that they were Set Apart.

Therefore, the Jewish people won the victory and left the plunder. Had they taken the plunder, the war would have been for financial gain. Instead they saw this war as an opportunity to once again give God the Glory in the Victory.

Why do we fight?

What is our heart behind what we do? Is it for validation from others or is it simply because it’s what He has asked us to do?

I’ve lived my life learning this lesson, but so quickly we forget and begin to seek others approval. We want to know we did a good job. We want to know God is using us. We want to be seen for our obedience because we understand the sacrifice it took to get there.

I don’t think any of these things are bad. I think it’s all part of the way we crave and this craving deep inside of us is what ultimately pulls us to seek Validation from the Father Himself. It is through Him and His Voice that will find full affirmation.

Validation is fulfilled when we find Affirmation in Him.

So, we have a choice. We can rob others of their plunder and demand validation in order to fulfill our deepest voids OR we can find full affirmation in allowing God to win our battles whether no one sees them or not.

I prefer the Holy War. The war that doesn’t command others to give me what I need when I need it. I want the outcome to be given by Him because I know it will be better and life sustaining when it comes from the One who has made me for such a time as this.

Today, I challenge us all to do what He has asked us to do simply because He asked us to do it. Not for others, not for a response, not to fill our voids and our pains of not being enough. But because He has you where He wants you and when it’s time, He will give you the victory.

Until then, I want to become okay with the silent victory. The victory in knowing that I am in His Will, doing exactly what He has purposed me to do. That is where my need for validation is fulfilled.

This is Why I Write.