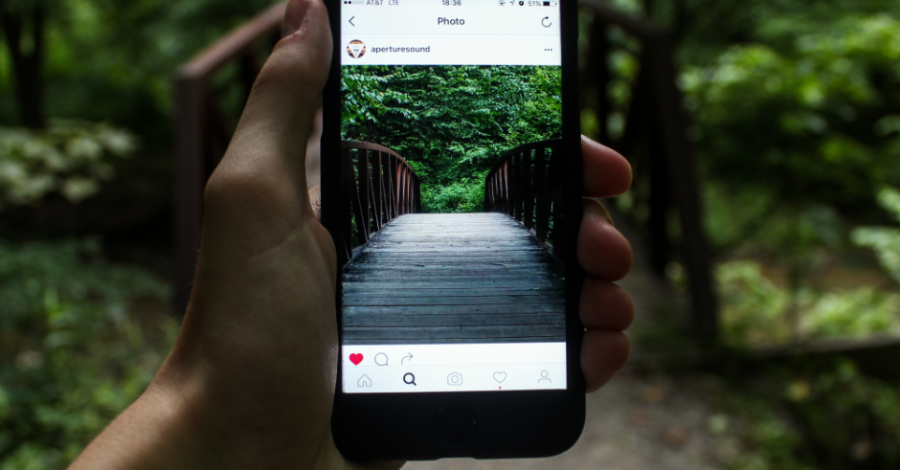 I think I know why Instagram Stories were created. Instagram started as an online montage of photos with cool vintage filters and square frames. Over time it morphed into a place where others could not only leave likes, but they could comment on your photos. A few years in, Instagram became a leading vessel in communication, business promotion, and personal branding. No longer were people posting to display cutsie photos of their families. Rather it became a concentrated place of planning and designing the next edited post to fit into our perfectly laid out Instagram feeds. This leads me to believe that stories were created so that you could post your “normal” pictures without messing up your feed. Normal deserves a backseat so that extraordinarily perfect can remain front and center. Sounds absurd, doesn’t it? But this has somehow become the world in which we live. And I am not just talking about our outlandish Instagram habits. I am talking about our orchestrated lives.

I will sing of the Lord’s great love forever, with my mouth I will make your faithfulness known through all generations. Psalm 89:1

This is verse one of Psalm 89. We know that God is good and faithful. We understand that our journey in this life is to leave a lasting impression on the generation behind us. However, as we continue to read Psalm 89, we will see that halfway through the Psalmist changes his tone.

But you have rejected, you have spurned, you have been very angry with your anointed one. Psalm 89:38

What was once shouts of praise and promise has now become questioning and concern. The Psalmist was a witness to the downfall of David and could not understand why it seemed as if God was no longer with his chosen King of Israel.

What do we do when life gives us stories that contradict our expectations?

Do we share them behind the scenes in order to keep the disappointment at bay when others fail to comment or like what they see? Or maybe we hide under the shadow of it’s not worthy enough to be front and center. Displayed in our perfected layout of how we thought life should go. Do we resist the notion of posting at all in fear that our stories won’t have impact, validity or enough spiritual weight to impact those watching?

Let’s go beyond Instagram talk. Let’s talk real life. Do we question God’s goodness when our lives seem to go a different path than we hoped for? Do we hide our shame and pretend all is well because hashing out the truth of disappointment would be too hard. That would call attention to our doubt. Possibly even cause others to question our life and the decisions we make. So we walk around being people pleasers and fixers to all life’s disappointments.

We live orchestrated lives by deeming what God can use and what He cannot.

The writer of Psalms 89 was likely someone who was front and center to the rise and fall of David’s dynasty. He had a front-row seat to David’s highlight reel. It is likely the Psalmist saw the triumph of David and Goliath. He saw the divine favor David encountered as the people chose him to be the next King. He possibly saw the downfall of Saul and the mass influence that David carried amongst the followers even before he held the title of King.

David was an influencer with a large following.

He may not have had his life dictated in a sea of tiny “insta” squares, but people were watching. The Psalmist witnessed David’s victories and because of it, it seemed as if every Promise was delivered.

Things were going well. Until they weren’t.

David, the man after God’s own heart had some hidden stories. Although David is known as Israel’s great king, he had some flaws. These flaws, these less than perfect stories were the beginning of his downfall. A dynasty that once seemed as if it had no end, seemed to be under collapse.

In the voice of the Psalmist, you hear the questions that he had. Things seemed as if they were going in the opposite direction of the Promise. If David was anointed, why were battles being lost? If David was called by God, why did death and heartache come to his children?

The Psalmist may have not understood the downturn of the David Dynasty, but David did. David knew what was happening behind the highlight reel.

David had begun to orchestrate his own life.

He used his power and his influence to gain something in his life that God never intended for him to have. He began to take, manipulate and then hide his mistakes from the One who knew it all. The successes David encountered became a montage of perfected performances that caused him to believe he had no flaws. Therefore, he had zero accountability.

David failed to admit his struggles. What if he had confessed his issue of lust before he took another man’s wife? What would have happened if he had fessed up to his mistake instead of killing an innocent man?

How often do we begin to live orchestrated lives?

I know I am guilty of this.

I lead a Local Bible Study in my home once a month where women from different churches attend. We gather for brunch and community, not knowing the new faces that God will bring. We study God’s word together and as of now, I do most of the sharing. I have learned that as women bring deep struggles and issues to the table, it is absolutely vital that I never hide behind false appearances. As I am real and honest with my flaws, it opens doors for others to be honest as well.

I never want to orchestrate my life as being one that displays only my successes. I want to vulnerably share all of me. My greatest success is realizing that I am imperfectly human in need of a perfect God. If I begin to orchestrate and perfect my life in order to pretend I am better than I am, I will miss out on the opportunity to see God take a struggle and make a miracle.

David’s Dynasty took a turn because of the sin that David had hidden in his heart. But that didn’t stop God from using it. David is remembered for his heart toward God. He is remembered for establishing Jerusalem as the capital and bringing the people back to God. In Matthew, Jesus is referred to as the son of David. David’s mistakes weren’t too big for God.

God took a man with many accomplishments and many flaws and did a miracle so that we can read about him today and know that life is not about orchestrating perfection, but rather walking in His Grace and His love.