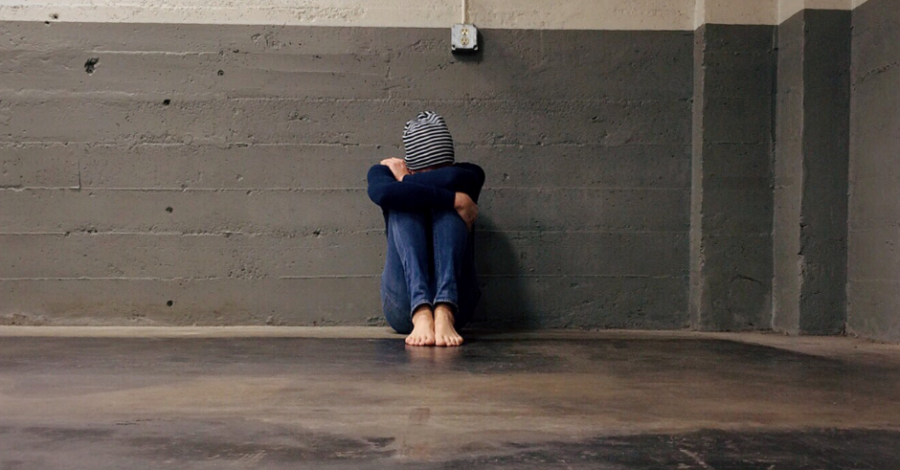 I stared at my girl watching her take the free throw shots with all of her might. Unable to reach the goal. Her fever was well over 103 as her frail body tried her best to push through the fact that she had been up all night puking in the hotel room. Her hair tied back in a pony. She kept her jacket on, sweating as if it were 100 degrees but yet shivering from the fever. She fought back tears as she missed each shot watching the other girls easily swish the ball through each practice round. Knowing that she had prayed so hard and so long for this very moment. It was if she was watching what she thought would be her victory slip through her own hands. She must have felt so cheated. As I stared at her and watched her struggle… I felt cheated.

I felt cheated by my circumstances.

A few months back our second born came home talking about a Hoop Shoot that was going to send her to Chicago. Honestly, with this being our first year in a real school, our kids come home with all kinds of things I don’t really understand. As I made the snacks, she told me about this Hoop Shoot that would take place on a Saturday morning and send her to Chicago. Despite the confidence she displayed, I brushed it off as I continued to make the snacks. With each passing week, we would listen as our girl would wholeheartedly pray every night to go to Chicago and be the winner of this Hoop Shoot.

But as her parents, we still had zero information about this supposed Hoop Shoot and although we were pressing for her to find out more, she came home each day with the same information. Finally the night before, I had just enough info to find this Hoop Shoot on the ole’ Google.

She was right. The Hoop Shoot was put on by the Elks Lodge and if she made it through several tournaments, she would indeed find herself in Chicago. Wade and I were shocked to find that everything we saw on the website was all that she had been praying for each night. We were also inspired by her dedication to pray and believe in something so strongly even though her own parents had not given it much thought.

This was her dream and she was running after it.

She left that Hoop Shoot with a First Place victory of being number one for our local city. She left with a smile but what we noticed more was the confidence she had. It was much deeper than the shots she took or the amount of practice she had done. It was a confidence in her prayers that encompassed her and you could see that it was growing her faith in God. After all, she had prayed for this very moment. The County Hoop Shoot brought home her second trophy of First Place and she was on her way to District. A fully paid trip to Orlando and one step closer to Chicago. She would be the first in our family to win us a fully paid trip to a city in which we had never been.

Which leads me to the moment that I felt cheated.

The night before we settled into our Hilton Hotel. The one that our daughter had paid for through her Free Throw Shots. It was a last-minute decision to go and stay in a hotel, to begin with. After all, Orlando is only a few hours from our home. But a spontaneous thought (that I now contribute to the Lord) caused me to pick them up from school early with their bags packed and drive them down to Orlando to meet their dad who was already in the city for a business meeting.

I booked the only room left at a nearby Hilton that had enough beds to accommodate our family of six. After a Doritos stop, one movie and a lot of excited chit chat, we pulled into our hotel room parking lot noticing right away the basketball hoop that was near the pool. Turns out, the hotel we randomly selected last minute, had its own personal court and my girl was thrilled. She took us out to dinner on her fully paid trip and we came back to the room with basketball in hand. I took pictures of her as the moonlight shown down and she schooled the other kids that had come over in a game of Around the World. Her confidence was soaring and as I sat back and watched, I thought…

Lord, she may really win this thing.

Later that night the headache started and it went downhill from there. She was lucky if she got a few hours of sleep and each time she hugged the hotel toilet, she would mention the Hoop Shoot. We comforted her as best we could and we prayed this would all be over in the morning. The next morning came with a struggle. She on her own choice managed to get ready and travel the one hour it took to get across town. Pulling over several times to puke but still certain she could do this. Practice shots began and I watched my frail girl endure each airball as she stood in line watching each girl swoosh their shots.

Why God? Why right now?

Couldn’t you stop this sickness? Couldn’t you just heal her for this one moment in time? I watched her and I began to size up her circumstances to each participant. As if my girl deserved to be there more than anyone else. I bet no one else was up all night puking like she was. I bet no one else is running a fever. Besides, they were taller, older and probably had private coaching. The list went on and I felt cheated. Defeated. And mad.

Our circumstances can often leave us feeling cheated, defeated and mad at God if we leave thoughts (and sometimes actions) unchecked.

It was really quick that I noticed my mind was going in the wrong direction. It was also at that moment that I knew one day I would write a blog about this very thing. I knew deep down that this was a moment of growth for all of us and even more a moment to support our daughter as she walked through disappointment. It would be the task of finding Victory amidst defeat that would become our mission for the next 72 hours. Finding words to comfort someone we love so much through disappointment was hard. We wanted to join in on her defeat. We wanted to tell her how cheated she was by her circumstances and how unfair it was that she had prayed for so long to have it all lost in a matter of seconds.

Sometimes its easier to go down the road of “I feel cheated” than to find Christ amidst the storm.

But we knew that hashing out how unfair life can seem leads to a road of destruction and self-pity. So we did what only we knew to do. We prayed. We invited God into our pain by asking Him to show us all the gifts He had given us amidst the disappointment. He had put it in our hearts to go early to that hotel room which enabled us to get to the Hoop Shoot even after a night of puking. He had given her a sense of pride as she paid for our dinner as a family. And He gave her a basketball goal and a win against some kids at the hotel before the sickness ever came. We prayed for her, gave her the ball and said, get back to it.

Some of you feel cheated by your circumstances. Much more than a basketball tournament or a childhood dream. It’s a deep disappointment that you blame God for. It’s a hurt that has caused you to become bitter, angry and resistant to what God wants to say. For some, disappointment has called you to be the victim. Believing that nothing will ever work out for you, therefore, you get your confidence from the attention you seek of woe is me.

It is time to rise up, pray and take the ball back.

God can do anything He wants. He can choose to heal you in a moment. He can answer any request you bring to His table and He can give you your deepest desire. But more than anything, He wants your heart. Our greatest challenge in life is giving our full selves over to Him when life leaves us feeling cheated. When life is painful. It’s in those moments that we have a choice.

We can fully surrender to the One that can make us whole or we can live a life of fear, disappointment and the victim mentality of always being cheated out of what we deserve.

Let’s be honest, we don’t deserve the greatest gift that we’ve ever been given. But yet here we are, fully offered free salvation and eternal lives with Jesus and the ones we love. Completely forgiven. Totally redeemed. Set free. And yet, we feel cheated when things don’t go our way.

I want to always be honest with how I feel. It’s never easy to struggle. It’s never easy being a Christian. But it is easy to allow Him to have all of me. The good, the bad, the selfish prideful one that sits in the corner and sizes up kids next to mine. The one who struggles with her emotions, loses her cool, gets impatient and acts out of fear and desperation.

Yea, that girl. I want her to be fully submitted to the One that can make me Whole. Because without Him…

16-18 So we’re not giving up. How could we! Even though on the outside it often looks like things are falling apart on us, on the inside, where God is making new life, not a day goes by without his unfolding grace. These hard times are small potatoes compared to the coming good times, the lavish celebration prepared for us. There’s far more here than meets the eye. The things we see now are here today, gone tomorrow. But the things we can’t see now will last forever.