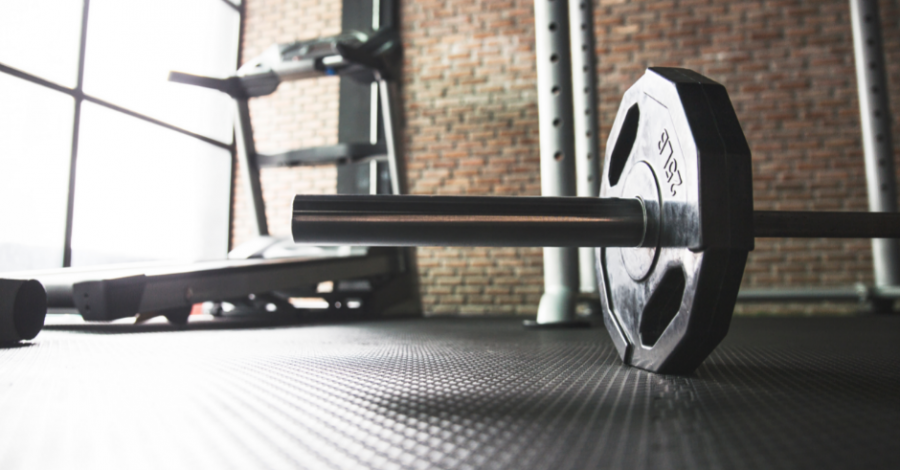 Whose Gym? That’s the dad joke I can hear Wade saying as he reads the title of this blog. And to be honest, it’s a relevant question as it’s been a long while since I’ve found myself in the gym. However, I remembered the good God stories that often came about when I surround myself with different people in what I feel to be an uncomfortable setting. Gym Stories turn into God Stories.

Like the time when I found myself on a treadmill debating with a Jew turned atheist. What started as a normal how do-you-do-conversation quickly turned into a debate that I was not ready for. I could talk to an atheist about my God and why I believe, but a former Jew? Well, he knew the Bible better than I did and I quickly realized that I lost the debate. I went back to my then Florida rental house and wrote down all of the questions I didn’t know the answers to. I researched all of the arguments he gave as to why the Bible was contradictory and why he has chosen God to be non-existent based on his Biblical knowledge. Ready to prove that God did exist. I was eager to share what I had learned with him and begged God for another chance to have a treadmill debate.

However, there was a day when I saw him again and although I wanted to rush toward him and invite him into a theological conversation, I felt God say no. So I offered him a simple smile and continued walking toward the arm machine that I didn’t really want to do. Later I felt the 90-year-old atheist Jew standing over me. I removed my earbuds and said hi. It was then that he told me the best God- Gym story.

“I just wanted to tell you that when you smiled at me, I felt a love that I haven’t experienced in a long time.”

He walked off and that was it. No debate. No hashing through theology or all of the knowledge we knew. Just a simple smile that was used by God to share the love of Christ to this man who Jesus loved greatly.

I think about this man often. He would be around 95 now and I wonder if he ever gave his life to the Lord. Was he still alive? Would I see him in eternity? I often wonder what God did after that smile to continue chasing after his heart. But how quickly I forgot about this amazing gym story when I was sitting in the locker room just a few days ago…

Sweating from being out of shape and sitting too long in the sauna, I sat on the bench catching my breath and calming down the sweat beads coming down my head. In walks a lady in pink who immediately began selfie mode. Dripping with sweat herself, she had a much different approach. Making sure that all angles presented themselves in a way that emphasized her in-shape body while yelling obscene, unnecessary language. Talking to herself and one other young girl as they twisted their bodies around for the perfect social post, I felt the wall rise. You know, the one in your heart when you’re turned off by someone else’s behavior? The wall when you aren’t willing to admit it but you think you’re better than them. More holy. More conservative. Righteous. Judgy. Of course, you never see that on your own…

As the wall to my heart was almost closed, in walks another lady. Hair half gray and body more round, wrinkles more defined. She kindly speaks to the lady in pink who drops her selfie mode and begins to chat like they know one another. She comments on her music and throws an MF every other word to emphasize her love for music while she is getting ready (wall almost closed as I sit on the bench) and the older, half gray lady responds with…

My heart opened. Wall dropped. And I began to listen, slightly less annoyed.

Lady in Pink, still cussing every other word goes on to say how she loves NF. They have a conversation about some other artists like Toby Mack and Lecrae and then older lady leaves. Lady in pink makes her way over to the sink and exclaims she has to wash her hands because she doesn’t want that mother f****** Corona Virus.

I smile and even laughed. Wall completely down. Another gym story. A God story.

I don’t want to be the Christian that judges. I don’t want to put the wall up when someone behaves differently than me, speaks differently, and even believes differently than me. These are opportunities to be used by God. We should rejoice when God trusts us enough to stand strong in what we believe amidst those that need it the most. Maybe this girl is a believer. Maybe she’s not. But I witnessed someone who was completely confident in being themselves communicate to another even though they seemed to be completely opposite. And I was embarrassed by my own heart and its flaws. Another lesson learned on how I can be more like Jesus.

Isn’t that what we are called to do? To communicate with each other. How differently would our world look if we took every opportunity to hear each other? To put ourselves with people unlike ourselves to be a shining light amidst the dark places of this world.

Gym stories teach me God stories. And I think that will keep me going back much more than the actual workout.