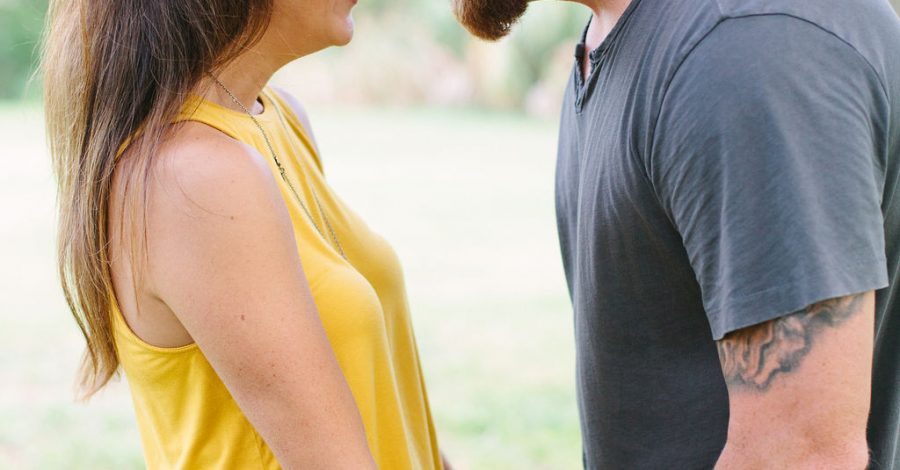 It’s hard not to come in contact with it daily.  Broken people, broken systems, broken dreams.

People pushing innocent people into oncoming traffic.  Babies dying from neglect and murder from their own fathers.  Wives forgotten.  Daughters pleading.  Sons running away.  The world is hurting and we have instant access to just SOME of the headlines that plague our country.  Our world.

We see these headlines and our stomachs sink, our bodies tense and we assume that something went terribly wrong with these people and we evaluate their brokenness while forgetting to see our own.  Soon people become those people and we have elected ourselves to be in a whole different class of a more Holier people than they.

We see just a small glimpse of the brokenness in the world.  It goes so much deeper than the headlines on our screens.  Brokenness is in our neighbors, our friends, our family and ourselves.

I read a story in the Bible the other day about a tribe of people who were broken.  They saw that God was with His people, the Israelites, and because their land was about to be seized, they decided to plead for their lives instead of fighting.  They dressed in rags and carried old wine skins and set off for a short, skip and hop over to their neighboring land and headed to the man in charge, Joshua.  When Joshua saw that the men were dressed in rags, carrying old wine skins (basically like your worn out Nalgene), he assumed that they had traveled from a far away distance when really they were from a bordering land.  Joshua agreed to their idea of a peace treaty, because to him, they had nothing he needed.  Their land was too far away and what Joshua sought to conquer was irrelevant to these men.  That was until Joshua realized that he had fallen for their ruse and that these men actually possessed something he had planned to take.  Their land.

When lands were conquered, they were wiped out.  Men, women, children, and livestock were taken out and these men knew what was about to happen.  These men were sitting on a Promise Land that had been given to the Israelites from a God that they didn’t even know, but because they had seen the other lands fall to their hands, they trembled with fear.  So rather than fighting back, they tricked Joshua and became slaves to him instead.

But then as He does, God began to convict my heart.  Asking me what ruses I have played on my own heart.  What brokenness have I hid all in the name of playing it safe, keeping my name clean or protecting what belongs to me.

How many times have I allowed fear to push me into slavery.

Like these men, it seems easier to play it safe and become slaves than to fight. To deceive, dress the part and scheme our way out of identifying the brokenness in our hearts that He longs to heal.

I know this is my own interpretation and definitely not something a scholar would read and teach on, but God really spoke to me through these men and began asking me what I was hiding.  And better, yet what were others hiding.  He was gently reminding me once again of the many that are directly in my inner circle that are broken.  He was reminding to wake up to the world around me and see that many are dressing a part but deceiving the ones they love the most by pretending everything is okay.

We all do it.  We have learned to function amidst our brokenness.  It has become a part of us to where we believe that the filthy rags are really ours. We carry around old wine skins and wonder why we lack the capacity to carry new wine.  We forget that God is willing and ready to take the outside facade and trade it for an inner assurance in Him.  An assurance that can withstand the heaviness of the world.

He fixes us so that we can live in a broken world.

I have spent many seasons of my life living under the roof of perfection.  Trying to control and manipulate because like these men, I too am afraid of the future and what it holds.  I know the Promise is good and that it’s for me too, but when it comes to really surrendering our life over to Someone we can’t see, I sometimes find it easier to paint it on a sign than really live it out.  So a few years ago I began to dress the part.  On the outside I was good but on the inside I was a mess.  I was a young mom yelling at my kids.  I started a used furniture business that remained barely above water but Instagramming my achievements like my stuff was on HGTV.  I said God was good, but when I laid my head down at night I questioned His goodness.  The bills weren’t paid and bankruptcy loomed.  Would He come through this time or would He seem to fall silent.  Would the anxiety ever leave.  Would the panic attacks stop.  Would my healing ever come.  Would the name of Jesus that I proclaimed, sometimes from the top of my lungs really remove the demons I was fighting.  I felt alone.  I felt isolated.  I felt broken.

I am realizing more and more that as I pour my brokenness out at the feet of Jesus, that I become more and more full of Him.  Like the woman and the alabaster jar… she broke her jar of perfume over the head of Jesus and as she did, He filled her broken heart.  The others looked with judgement, while Jesus saw it as a form of worship.

My brokenness is my vessel for authentic worship.

When we identify our brokenness, we allow Him to transform our rags into something beautiful and we will find ourselves at His feet in worship.  It’s a beautiful exchange as we hand over our filthy rags and trade it for his riches.  He takes our burdens, our need to figure it all out and relieves us from our own efforts.  We can then rest and see that He really is a good God that is after our hearts, not our methods.

So stop dressing the part that all is well, trying to deceive those around you and be real with how you feel.  I promise He already knows.

He is Immanuel.  God is with us in our brokenness.

Encourage someone this weekend.  Someone you don’t know or someone you’ve known a lifetime.  Find a way to get out of your comfort zone.  Pray for someone (like really pray aloud) when someone opens up about a hardship.  It’s Christmas, God’s glorified Son’s birthday month, so we would be naive to think that the Enemy isn’t at work.  He sets out to steal our joy, kill our faith and destroy what this Season is really about.  People are hurting and there is no better way to remedy our own brokenness than to take communion with others by breaking bread together, discussing their needs and offering prayer right then and there.

Find someone to encourage. Gather with people different than you.  Be His hands and feet, even if you too, feel broken.

They broke bread in their homes and ate together with glad and sincere hearts.  ACTS 2:46 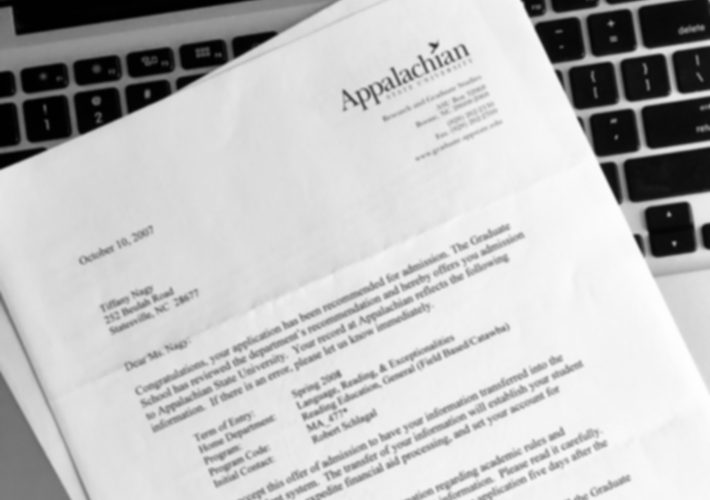 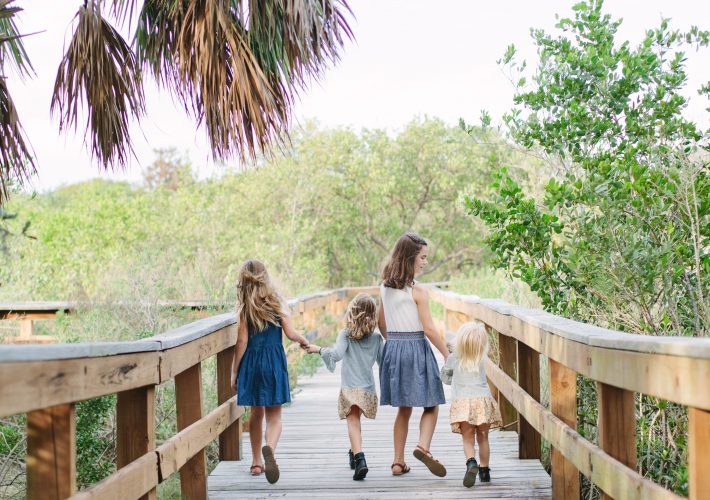 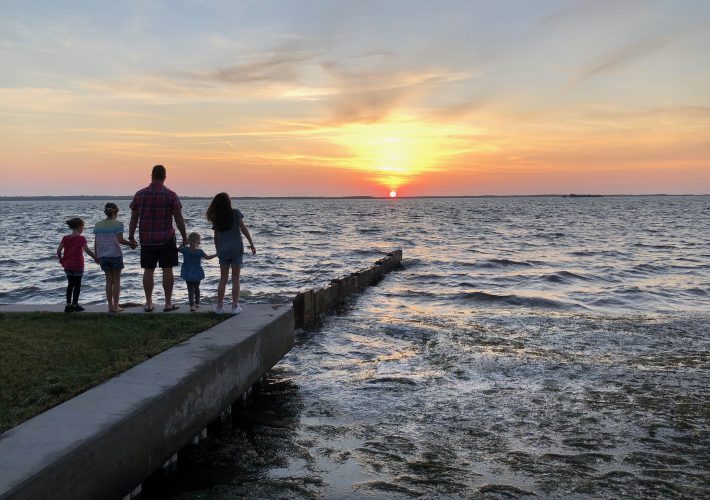