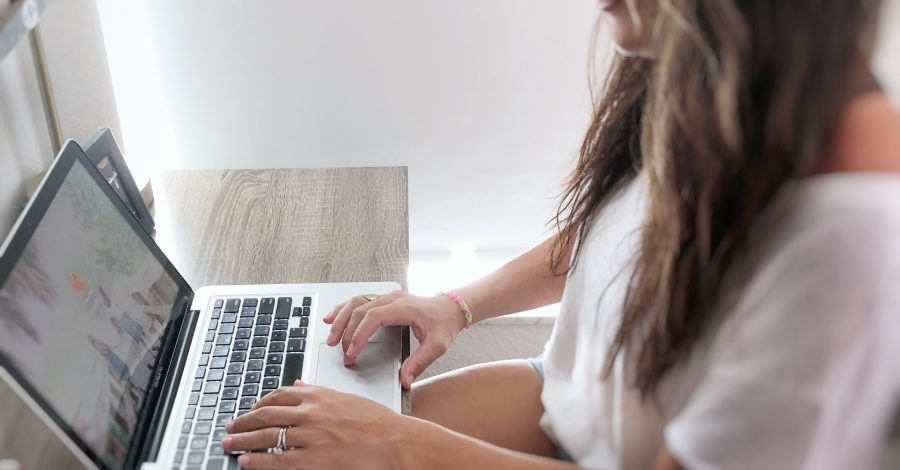 Who is really going to sit down and read all of these stories that I have written about our family was my main thought as I read old posts and journals of years past.

There was a day when God asked me to lay it all down. I had a blog and that same blog had journeyed with me through motherhood, job loss, financial hardship and moving. Oh, sooooo much moving. It even told the story of how my second born at just 8 months old took a nose dive at Portrait Innovations and ended the photo sesh with a bloody nose and gut wrenching screams. Every mother in the place was looking my way as I shielded my baby’s face and ran out of the building. What right- minded mom walks away from an 8 month old perfectly staged in a cheap basket and expects her to sit up straight??

And I was mortified. I had so much mom guilt and little confidence in my ability to parent and keep two kids alive that I did only what I knew to do.

I was amazed at all of the stories that came out of that one public story of humiliation. It was as if I had exposed my flaws and gave permission for others to do the same. Of course I shouldn’t have laid my complete trust in the 18 year old kid behind the camera but I was focused on the shot, forgetting that my baby could barely hold her head up.

But I learned something.

I learned to never walk away from a baby in a basket AND there were tons of stories just like mine from mommas who had fallen into the trap of mom-guilt and shame and needed to hear a story that they weren’t alone. I also needed a good laugh from the other mommas who had gone before me insuring me that this wouldn’t be the last nose bleed and that in the end, she would be okay.

It’s these kinds of stories that I have spent the last decade sharing. But when God told me to lay it down for a season, I reluctantly obeyed.

For several years, I wrote on an online, private platform that only I could see. I also wrote in journals and in my mind. (Now you know why I take long showers) I became comfortable once more with the less public form of expression and even considered that my blogging days were over. But this past year I have begun to open my mind to the possibility that just maybe, God wants me to write more.

So as I read old journals today and posts that were never published, I again caught myself saying in my mind… why would anyone want to read these stories? I mean, they have families God and I would much rather they be with their kids instead of their phones.

Why would they read them?

It was then that I heard him softly speak…

Not everyone allows me to write their stories.

I smiled as I heard this in my head because I knew exactly what He meant. Our life, our story has been far from normal and even further from what we expected. We wanted easy street and for the first few years of our marriage, we were on that path. The job was bringing the big bucks, the house plans were decided, the wedding was all Pinterest-like before Pinterest even existed. And we even had plans for the dog, the well behaved kids and the white picket fence. What could go wrong?

Anytime any plans were made it was as if God not only shut the door, but slammed it so hard that it sent us running in the complete opposite direction. A house plan would be picked out and then Wade would lose a job. The unplanned pregnancy turned into brain masses and intense times of prayer and uncertainty. The marriage was harder than we ever imagined and faced early on, extreme pains of our pasts and brokenness that seemed to make us question what we had done. The dogs died from cancer (yes, both of them) and the white picket fence turned into a chain link that reminded us of how little we know about “our plans.”

And that’s the thing.

I know I am not the only one out there with disappointments, desires unmet, things gone wrong and dreams that seem so impossible amidst current circumstances.

BUT maybe God will use me.

Maybe I can offer up a story of how I have learned to release my control over to my Heavenly Father and forgive myself when all that striving turned into one big heap of shattered dreams. Maybe I can offer a mom who is burnt out, over-worked and losing sight of who she used to be, one good laugh about my failures and encouragement that tomorrow is a new start. Maybe I can offer hope to the one that has lost all of theirs by sharing just one testimony of God’s goodness and faithfulness in the middle of life’s challenges.

These are the people that I write for.

For me, all I have ever known is how to be truthful with where I am. To not pretend to be something that I am not and to not hold back about the things that I hope to become.

I share my hopes and my dreams (not all, but some) publicly because sometimes I believe we all need the encouragement to keep believing for something that is impossible for us to create on our own. Through some of life’s greatest disappointments, God has used me to help others know it’s ok to fail and keep going.

It’s ok to be open and honest and vulnerable and teachable.

But my biggest prayer is that God will give me new stories of His faithfulness to share. I say that with some honest hesitation because I know deep down some of my best stories come with great trials and it’s never my choice to walk out something hard. But through it all, I know He is faithful and in control and I hope that as I share my own stories, you will also allow Him to write yours.

Pingback: When Validation is your Reason. | Wade and Tiffany Nagy on June 27, 2019