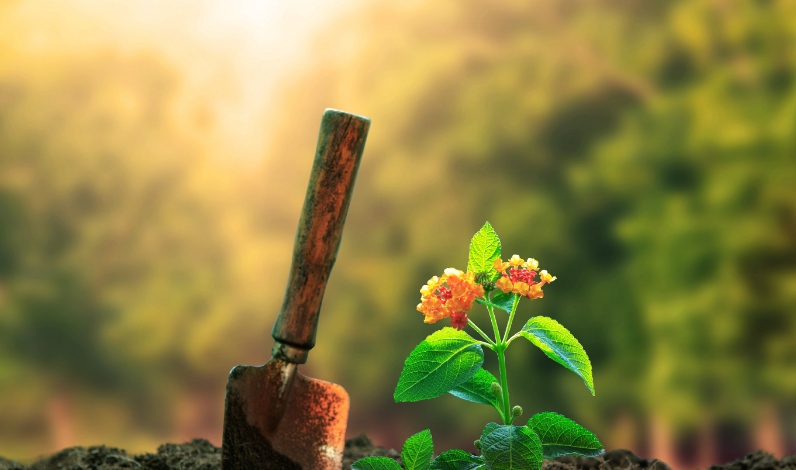 I read about Abraham today. His life has always struck me deep. Mostly because he is known as the man of faith but mainly because he was asked to do many hard things.

For many years, we felt like we would never find a place to call home. We tried in many ways to tell ourselves that our roots were deep and that we would be where we thought we would be many years later. We even purchased the home we planned to retire in, but deep down there was a nudge that said otherwise. Our family has moved a lot.

Ironically this morning my oldest started Singing Father Abraham… had many sons… many sons had Father Abraham. Thankfully this was a last-minute spontaneous song that quickly ended due to the car line, but it made me laugh because that song used to be never-ending in our home.

Abraham was given a huge promise that only God could deliver. To become a great nation from a man whose wife was barren. Abraham was asked to depart from his family and go his separate ways. He was asked to believe in a promised land that seemed so unknown, impossible, and far away. But yet Abraham believed.

It had to have been so hard.

But this “promised land” hasn’t come to pass and it leaves us wondering if these things were promises of God, ideas of our own, or dreams of generations to come. Either way, I’ve asked myself for faith in these areas despite the outcome that the future may bring.

Abraham had a deep faith and deep pain. Throughout all of the promises from God, his sidekick, best friend, confidant, and greatest encouragement, Sarah was with him all along.

Abraham was left with a choice. In his pain, he could return home to his family and bury his wife where he was familiar. Or he could bury his wife in a land that was unknown, promised, but yet unfulfilled. Abraham took his greatest love and buried her where the Promise was spoken. God took his greatest love, his Son, and buried him with a promise to come.

I felt God asking me today, what am I willing to bury in faith knowing that one day it will all make sense. Believing that in time, God will turn ALL THINGS to good for those that love him.

These dreams and promises that I accumulated in my later twenties and younger thirties may feel dead. But here I am, planted where we felt God was calling us into the unknown, and what better way to show my faith in His promises than to bury my dreams knowing God can bring them to life when the time is right.

Discouragement can set in when we think about our past and compare that with what we see in our present. I get it. I’ve spent too much time trying to figure out all the “whys” and blamed myself too often for what I don’t understand. I want to encourage anyone reading this to keep dreaming and believing in faith that God will deliver his promise.

Abraham didn’t see the fullness of the promise.

The Bible says in Hebrews that he was one of the many people of faith that did not see all of the promises fulfilled. But I believe that some of this is because Abraham kept believing until the day he died. He didn’t stop when something didn’t make sense, he got too old or things didn’t come to pass on his timeline. He kept renewing his mind for a future ahead that was filled with God’s goodness and promise.

Maybe that’s why they lived so long back then.

I am going to bury some of my dreams away but in a land that is of faith, not familiarity. I will not relent to boredom and mediocre but a life of fullness and excitement. A life of hopeful dreaming with some buried dreams that will return one day in a Romans 8:28 kind of moment.

And we know that in all things God works for the good of those who love him, who have been called according to his purpose.