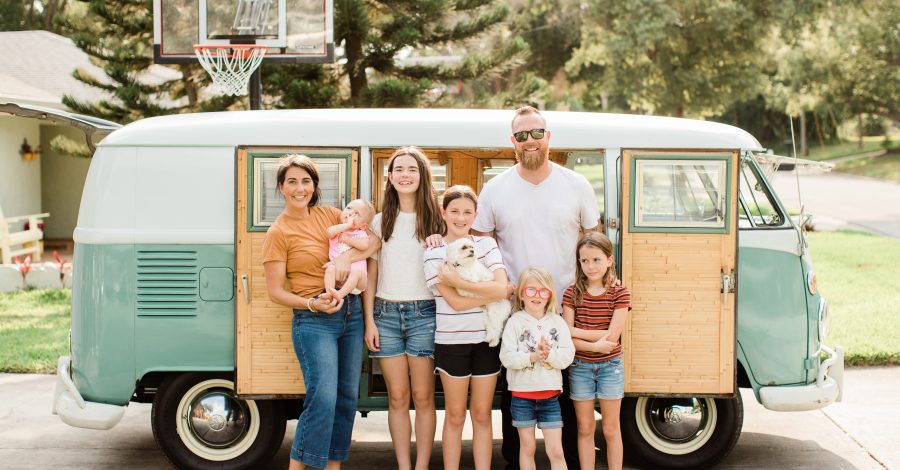 There it was. The picture that sent me back to reminiscing of a better past that outshines the future ahead. I will always remember that full-circle moment of standing on stage teaching a large group of women for the very first time. It was the fulfillment of a moment spoken over me years prior about how I would hold a microphone and my story, my life would be told from a place that would set other women free. It was the fulfillment of what I felt even as a young child when I would take the hairbrush and speak to my row of favorite stuffies. It was the fulfillment of many trying moments unleashed in a moment that felt purposeful and meaningful and exploded in a title called, “calling.”

I stared at the photo and I immediately and harshly began to measure up my current circumstances with that moment in time of me standing on stage. Suddenly I found myself questioning everything about this season and feeling less than I had just before seeing that photo.

It was as if living a calling unseen was less than one lived on a stage.

I had to rework my thoughts and remind myself of the truth of that season. I was standing on stage teaching but it was out of a deep place of hardship that my words from that stage held value. I had just come out of a season of lots of moving, intense anxiety, and unbearable panic attacks. I was leaving a season where I had questioned my sanity, my ability as a mom, and even my life in moments where I felt the extreme attack of darkness try to filter in my life. It was a season where even Disney World couldn’t erase the angst in my life as I lay hours on an infirmary bed while the youngest celebrated her 2nd birthday with her dad and sisters. It was a season of deep surrender and this moment on stage was the coming out of what had been the darkest time in my life. But yet when I looked at the photo I only remembered the good. I only remembered God and immediately fell for the lie that this was a moment much better than the one I was currently living.

Comparison of a former season can rob us of the joy found in the right now.

I haven’t been on stage in years. I laid down my Bible Study of 2 years (which I loved) in order to embrace this new season of fostering. I started a career to help my family financially which had been a prayer of mine for years and years as we struggled for the simplest of things. I watched my husband renovate our home himself while we lived amidst the rubble but yet again, this was a prayer that I had prayed for years… to live in a home that was built by my husband. I went from publically writing to not able to put words to the season I was living.

And the enemy managed to convince me that I was unseen.

We live in a world that begs for attention and I am guilty of this pursuit at times. To share with anyone who will listen to the struggles we bear, but not because we need community but so that we will feel seen. Appreciated. Loved. It’s easy to be blinded by a former season because God often moves us forward with a different perspective than we bore while living in the moment. We come out on the other side as a better, stronger, more faithful person and we forget the fight it took to make it through.

I do miss teaching the Bible. I do miss the feeling of ministry. But I also know that I am deep in ministry… hands-on learning and God is building stories untold deep inside of me. I don’t have words for them right now and that’s ok. But on the other side, like so many other seasons, the hard will be worth the effort because I will come out stronger and more faithful. And I know that it is the unseen by the world that is seen by God the most. The ones who lay down their life without the need for constant approval or instant gratification are the ones that do the most work for Christ. The ones that are elevated in an unseen kingdom are seen as righteous and holy.

That’s what we really long for, isn’t it? To be in the gratification of the One who created us. For there is no better place to be than to be in Good Standing with our Father. It beats any stage, any title, any earthy praise.

To be seen is to sometimes live in the unseen.

And one day I know I’ll look back on this season with the same perspective. That life is Good.