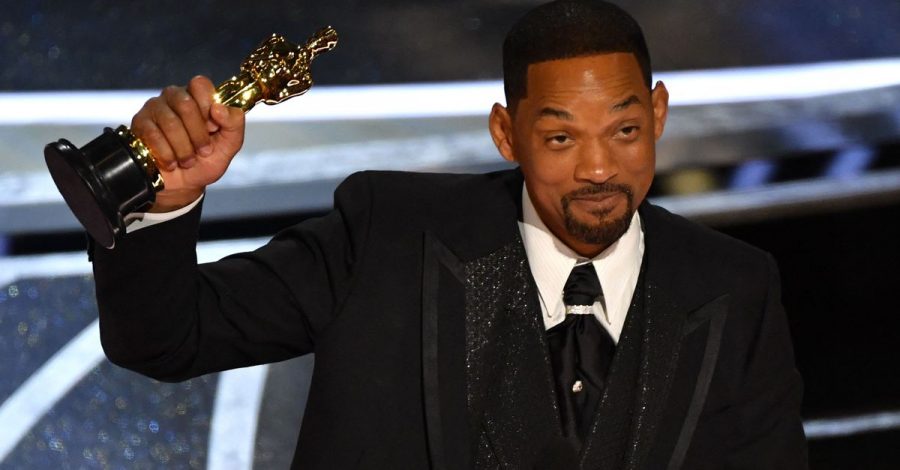 I didn’t watch the Oscars last night. But like many of you, I woke to the memes and the articles about the face slap from Will Smith to Chris Rock. I saw the laugh from Smith before Jada seemed annoyed. I too, thought it was acting. But then, I heard the screams and the anger expressed. I listened to the speech for Smith’s first award. My heart resonated with his sense to protect his wife. It resonated, even more, when he quoted the advice of Denzel saying, “At your highest moment, be careful, that’s when the devil comes for you.” I scrolled out of interest, the videos, the remarks, the reactions to the behavior. I agreed that this sort of outrage was uncalled for. My heart ached for the embarrassment Chris Rock must have felt. The shame, Will must have carried.

That’s when I stopped scrolling and asked myself why I cared so much?

Anyone ever been at the kitchen sink washing dishes having a whole conversation with yourself? It usually sounds like self-hate talk. Disagreeing with how you handled the situation. Telling yourself the long list of to-dos that are heavily burdening your peace. Or how you’re not a good mom, a good wife or even a good Believer. You may be telling yourself that you’re the only one doing EVERYTHING and that no one appreciates it or even notices. You may be replaying the hurtful words someone said or you said to that person that was undeserving. This conversation continues as the water runs over each dish until one of your kids interrupts with a question. Their question is answered with a snap, a high tone and an obvious annoyance. Suddenly, it dawned on you that you took out every ounce of aggression on your innocent child all because they stepped into the middle of the war happening inside your own mind.

I have to wonder what led to this moment of the slap that will forever be remembered and possibly stain the very award that Smith had worked so hard for. This wasn’t a slap about an insult to his wife. This was a slow build of a mind war that has been raging for much longer than a joke at the Oscars. How do I know?

I have my own war.

With very little sleep and a season of busyness that I have never experienced before I have left my time with God to come very last. At first, I dismissed it because I was doing God’s work by taking care of the orphan. Fostercare had taken prevalence and because it was such a good thing, it must be a God thing, therefore becoming the first thing. Next, came self-care. Lack of brushing my teeth, working out, hiding my weight gain with bigger clothes, and excusing it all in the name of Fostercare. This lack of time for basic needs turned into bitterness towards others. Everyone else gets time for themselves, except me. Then, came shame and guilt stapled onto my family. Blaming them for never helping, me doing it all, and excusing my negative behavior as I was the victim and everyone else should submit to my control. Sounds harsh, doesn’t it?

I even sit on the other side of the computer reading my own words judging my negative behavior.

You wouldn’t know I’ve had these thoughts. I’ve kept them silent. Well, most of them. But the outbursts have been there. The sudden tears over a reason, but not the real reason. Getting frustrated at the event but it wasn’t the real event that was causing the frustration. The “thing” wasn’t the real “thing” that was bothering me, it was deeper. It was a mixture of many things unattended in my life. However, making excuses for everything and blaming everyone else for my problems was much easier than addressing the real thing. Sound familiar?

I had a mind war waging and because I ignored it, I was a ticking time bomb. Waiting to slap the next person who criticized, disappointed, or stood in my way. And no one knew.

I could feel it and because I know what the Peace of the Lord feels like, I knew my heart was off. I knew that I wasn’t spiritually ok and I could continue to share my perfect life on socials and smile at all of the events and sink on the inside, or I could get quiet and share my struggles with someone safe.

And it wasn’t Jesus.

It was my husband. I went to him, raw and unedited and told him how angry I was. What came out was deep root issues with my anger towards the Lord. I had felt abandoned that somehow if He has called me to take care of our foster daughter, He would equip me to do so. AKA… it would be easy. Forgetting that nothing worth fighting for comes easy. At my highest calling in life, fostering the heart of a stranger, I had become my worst. I had allowed the enemy to work his best work in my mind during my highest calling. (Oh, how right Denzel was.)

Why did I choose to write this?

I don’t know. It definitely doesn’t portray me as being a good person. But I thought if someone can completely lose it so uncandidly on stage in front of millions of people, then I should be open about my struggles too. Maybe my openness will cause you to evaluate your heart before the rage takes action.

I believe the tears following Smith’s speech were tears of remorse. But I also believe it could have been prevented. I believe violence is the result of an unattended heart.

God wants our hearts not only because He is a jealous God and wants us as His children. But because He wants to make us well. He knows the pressures that we face, the arguments we have in our own heads, and the self-care that we desperately long to have but struggle to find.

Jesus often retreated to the mountaintop and the longer I am alive, I understand why. I can’t imagine the pressures Jesus faced. EVERYONE needed him. Like the toddler tugs on mommy’s shirt that would sometimes annoy, Jesus was being tugged at every moment. Questions ever-flowing. Problems vented and undeserving anger hashed His way. The need for a Savior was never-ending, but Jesus in human form handled the pressure.

I believe it’s because he traveled to the mountaintop.

It’s being with our Father that restores and cleanses our hearts to withstand the lies of the enemy and the pressures of the world. And I don’t think I am alone in this. I hope by sharing, you tend to your heart like I am doing to mine.

Spend time in the Bible. Talk to Him. We are so weak without Him. We cannot do this alone.